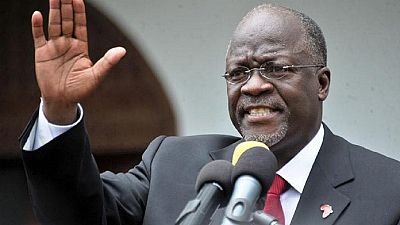 An investigative journalist arrested this week was charged on Friday with sedition under cyber-crime legislation, his lawyers said, a measure denounced as another example of the repression of journalists in Tanzania.

Erick Kabendera, whose arrest Monday at his home in Dar es Salaam in front of his wife provoked protest reactions, was accused of spreading “false and seditious” information, according to his lawyer.

A well-known freelance journalist, Mr. Kabendera, 39, works for national and foreign media, such as The East African, based in Kenya. He provides critical analyses of President John Magufuli’s economic and political life in Tanzania.

He is now charged with cybercrimes for publishing false and seditious information.

Tanzanian police announced on Tuesday that they had arrested him on the grounds that he had fraudulently acquired Tanzanian nationality,

But these charges have been dropped and replaced by charges of violating cybercrime legislation, laws that press freedom advocates say are intended to silence criticism from President Magufuli’s government.

“He is now charged with cybercrimes for publishing false and seditious information,” said a member of his defense team, Shilinde Swedy.

The journalist’s arrest caused some emotion in Tanzania, where the hashtag #FreeErickKabendera very quickly received a strong response on Twitter.

Amnesty International has called for Mr. Kabendera’s “immediate” release, arguing that his arrest “further highlights the growing repression of journalists and those considered critical of the government in Tanzania”.

Since Mr. Magufuli’s election at the end of 2015, opposition party rallies have been banned, opposition leaders arrested and prosecuted, newspapers closed and journalists and artists molested or threatened with death, after criticising the new government.

Tanzania was ranked 75th in the world in Reporters Without Borders’ press freedom index in 2015. By 2019, it has dropped to 118th.