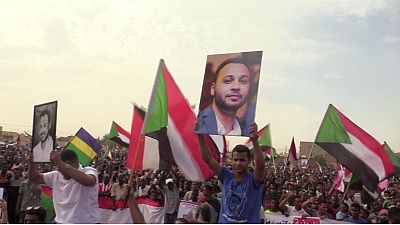 Sudan’s military rulers and the main opposition coalition reached an agreement paving the way for a new transitional government on Saturday, the African Union said, after lengthy negotiations following the fall of veteran leader Omar al-Bashir.

The agreement, which outlines the shape of the transitional government, was brokered by the African Union and neighbouring Ethiopia in talks that were sometimes suspended because of street violence in Khartoum and other cities.

In a region already riven by conflict, Sudan has been in a state of turmoil since the army ousted Bashir in April, with dozens of demonstrators killed during mass protests.

Definitely there is pressure from all sides to sign something, the mediators are pushing.

As news of the agreement emerged in the early hours of Saturday, people gathered on Nile Street, a main avenue in the capital, Khartoum, honking car horns and ululating in celebration.

“We’re victorious!” some chanted while others sang the national anthem.

The main opposition coalition, the Forces of Freedom and Change (FFC), welcomed the agreement as a “first step with more to follow” and pledged to complete the journey to “freedom, peace and justice” in Sudan.

But Magdi el-Gizouli, a Sudanese academic and a fellow of the Rift Valley Institute, said it was “a bit too early to speculate” about how the agreement would play out.

“Definitely there is pressure from all sides to sign something, the mediators are pushing, public opinion in Sudan wants an arrangement … But how they will turn that into practice is a completely different question,” he told Reuters.

African Union mediator Mohamed Hassan Lebatt told a news conference that representatives from both sides civilian pro-democracy groups and the military would continue talks on Saturday on the technical details of the accord.

The FFC said both sides were expected to sign it on Sunday.