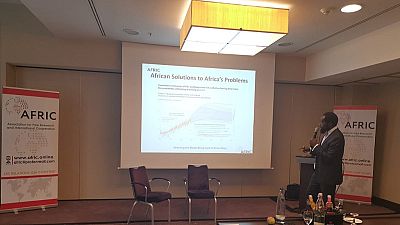 Diplomats, experts, researchers, NGO leaders as well as development activists recently met in the German capital, Berlin, for a two days conference which kicked off on Monday July 29, 2019.

Organized by the Association for Free Research and International Cooperation, AFRIC, the conference dubbed ‘Africa 2040; vision of the future’ provided a platform for participants to discuss some of the challenges facing the continent while providing possible solutions to promote peace, stability, democracy, governance, economic growth and development.

According to the AFRIC’s project Coordinator, Clifton Ellis, the world is currently experiencing a shift from Western economies, hence the focus is now drifting to Africa. He explained that Africa now has the opportunity to dream and conceptualize its future.

More than anything, African people need their sovereignty to be respected. It is the foundation on which sustainable, equitable development can be built.

To him, AFRIC is through this conference offering the opportunity and platform for discussions, by bringing together experts, academic, policy makers and other government officials to have a foresight discussion on the future of the continent.

During the conference, discussions focused on economic and infrastructural development, governance, energy security, investment, agriculture as well as education. Participants zoomed on the present situation in some countries like Ivory Coast, Chad, Libya and the Central African Republic. However, emphasis was placed on the possible steps the continent needs to take to enable African countries make further progress.

Dr Laurence Ndong (Dr. in Education Sciences), in her presentation noted that the African people need their sovereignty to be respected in order to have access to sustainable and equitable development.

Equally, Eric Topona, Deutsche Welle journalist for Francophone Africa revealed that much of Africa’s growth is due to improved governance in general, stability and political and macroeconomic reforms. He went further to add that democratic transitions, public financial management and stability have a much greater impact on growth than commodity prices or rising middle-class incomes.

The conference was organized as part of AFRIC’s efforts in contributing to sustainable growth and development in the continent. A Political analyst and member of the LIDER party in Ivory Coast, Nathali Yamb, in an interview noted that the gathering was a unique occasion for participants from diverse backgrounds to share the prospective vision for Africa.

She again stated that Africa can benefit from this gathering in that, the political and economic actors present during the gathering can develop another perspective about the continent through the discussions which can lead to a win-win relationship. 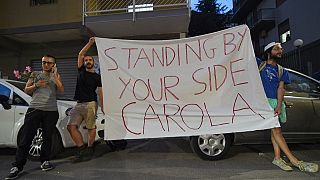