Chadians back on social media after 16 months net blockade 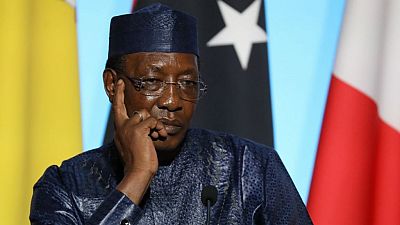 No amount of appeals, protestations and even a legal challenge succeeded in getting connection to be restored to internet users.

In March 2019, an Appeals Court struck out an application to force the government to restore access to social media but the security consideration argument of the state was upheld.

It wasn’t until a week (July 13) that the restrictions was lifted after President Idriss Deby announced the lifting of social media restrictions imposed since March 2018.

Network measurement data confirm that previously blocked social media and messaging platforms in #Chad are now available via multiple internet providers that had complied with the censorship order ? pic.twitter.com/V6rKhC8BeT

The announcement was made at the closing of the Chad Digital Forum in N’Djamena. Deby reiterated that security requirements prompted the control measure for electronic communications.

However a recent review of the situation called for the lifting of the ban. The companies involved were accordingly directed to allow access to electronic communications.

By mid-afternoon same day, inhabitants of N’Djamena could access social networks, such as Whatsapp or Twitter according to reports.

The March 2018 blockade came as pressure mounted over Deby’s plans to push through constitutional changes that will keep him in office after three decades, access to social media was cut.

Access to networks remained possible only through the “virtual private networks”.

Despite repeated calls by internet rights groups for the ban to be lifted, the government serially dismissed them.

Chad is not the only African country to have switched off the internet for political and security reasons. Gabon did so briefly in the face of a coup attempt early this year.

Sudan, in the height of the post-Omar al-Bashir era imposed a similar measure but has since restored the signal.

Ethiopia, Mauritania, Zimbabwe are others to have clamped down on connectivity. Democratic Republic of Congo, DRC, cut signal after the December 2018 polls. It was only restored after a president was declared in the person of Felix Tshisekedi.