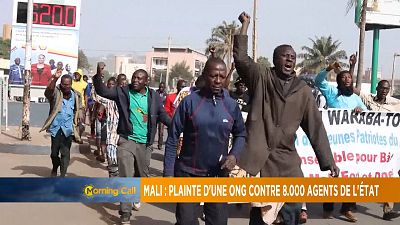 Mali’s platform against corruption and unemployment mainly consisting of the country’s major associations has filed a complaint against nearly 8000 state agents as part of its crusade against bad governance.

According to the president of the platform Clément Dembélé, the state officials are not in compliance with the law since up to date they have not yet declared their assets.

The group which includes civil servants, elected officials and presidents of institutions say their main preoccupation is stumping corruption out of the country because corruption is the main obstacle to the development of Mali.

Though they say, the country loses a lot of money every year when they compile their reports thus, if the Malian justice system will not act quickly on this matter, they will go ahead with their anti-corruption crusade even by involving foreign jurisdictions.