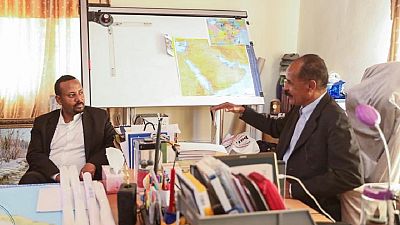 “While the threat from Ethiopia was previously used as a justification for this policy (indefinite national service), there are no signs this has eased since the peace deal was signed (i.e. in July 2018),” the words Human Rights Watch’s Senior Researcher for the Horn of Africa, Felix Horne.

The Eritrean government is maintaining the status quo with respect to a national service regime that has been widely criticised by the United Nations.

But for HRW, the international community will need to maintain a considerable degree of pressure on Asmara to move on human rights and the government must so admit the need to right many of its previous wrongs.

Eritrea’s government should recognize that its dire rights record and the mass migration that it fuels is the biggest threat facing the country.

Asmara has routinely rejected the linkage between the national service and migration of its youth – ostensibly fleeing hostile political and economic conditions at home.

But the HRW researcher disagrees: “National service remains the primary driver behind the mass exodus of thousands of young Eritreans each month who brave dangerous foreign journeys and callous governments to reach safety abroad.

“Eritrea’s government should recognize that its dire rights record and the mass migration that it fuels is the biggest threat facing the country.

“The UN Human Rights Council in Geneva should continue monitoring Eritrea, including by renewing the mandate of the UN special rapporteur on human rights in Eritrea later this week,” the researcher added.

Eritrea is currently serving on the UN Human Rights Council, the country’s representative has previously admitted that there is work to be done on the human rights front.

President Afwerki in the first post-peace independence speech stressed that work was being done on reforms in different areas but that they will be done with a lot of circumspection, no timelines have been given so far.

DISPATCH: One Year After Peace Deal, Little Has Changed in Eritrea