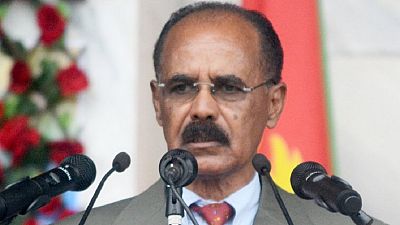 Eritrean president Isaias Afwerki has disclosed that the country is set to chart a new course in the light of national and regional developments but that it was going to do so at a measured pace.

Speaking at the 28th independence day celebrations in the capital Asmara, the president hailed the resilience of Eritreans dating as far back as after the Second World War through to the struggle for independence and post – independence war.

“Before prematurely charting out new and permanent sustainable development programmes, it is imperative that we conduct extensive political, economic and security appraisals so as to properly diagnose the unfolding realities with requisite depth.

“We cannot make hasty and emotional conclusions before we collect adequate information, analyze these data comprehensively with patience so as to have a clear picture. Hence, our focus should be geared towards patient appraisal of the unfolding reality.

“Our tasks and priorities today as well as for the near future should be to guarantee a conducive climate and basis for the new era. This precept emanates from our values that have crystallized over time,” he said.

The theme of the 2019 anniversary was “Resilience for Higher Progress”! Afwerki said it was chose: “Because this is a historical juncture in which the extraordinary resilience of the Eritrean people has been elevated and emerged triumphant once again.”

His summary of Eritrea’s 28 years of independence and sovereignty

As the Eritrean people embarked on the reconstruction and rehabilitation of their nation liberated through heavy sacrifices, they faced relentless hostilities designed to subdue, weaken and hold them hostage.

One can say: “thwarting all these wrongs would have been unimaginable without the resilience of the Eritrean people”!

Issues that political watchers expected to hear about

For a country that has long been accused serially of human rights abuses including the arbitrary arrest and jailing of opposition voices and the media, political watchers expected concrete declarations in that area.

The issue of compulsory military service has been one that people expected the president to address. Reports indicate that the government was going to apply limits to the initiative.

The border war with Ethiopia was usually cited as the reason for which it was given an indefinite format but with peace between the two neighbours, the government has been pushed severally to address what the United Nations and rights groups have termed a gross abuse and exploitation of young people.

Whether or not the government will also release detainees held in its prisons remains another major talking point. From political opponents to journalists, Human Rights Watch, HRW, and the UN have been pushing over the years for clarity.