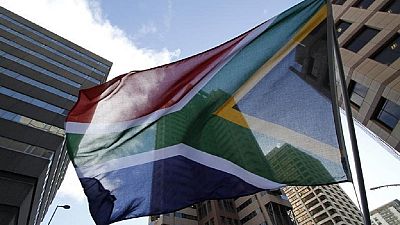 South Africa on Wednesday announced the addition of seven countries to its list of visa-free list. Of the seven, two were African nations – Ghana and Sao Tome and Principe.

Three were from the Gulf region – Saudi Arabia, Qatar and the United Arab Emirates. New Zealand are the sole South Pacific nation on the list.

São Tomé and Principe is an island nation in the South Atlantic off the west coast of Africa; achieved independence from Portugal in 1975; has enormous offshore oil reserves.

According to authorities, of the 193 countries who are member states of the United Nations, the South African Department of Home Affairs has granted visa – free status to 75 countries.

Of the latest seven, Ghana and Qatar already had visa on arrival arrangements with South Africa which is Africa’s most industrialized nation and an economic giant.

According to the latest Henley Passport Index, South Africans can visit 99 countries around the globe visa-free. The country is also a key tourist destination, a boost for the industry according to authorities.

“The President has announced in the #SONA (state of the nation address) in both February and June that we shall accelerate the implementation of e-visa system. E-visa will make it easier for tourists to visit, and for companies to acquire employees with critical skills.

“It will be an online application with a risk-based adjudication and issuance of your visa electronically as opposed to a hard copy. On receiving the electronic message by email, you just continue straight to your airport and head on to South Africa.

“The problem is not that people must not come to South Africa, but that whoever enters the country must be properly documented. The porous borders make documentation extremely difficult,” Minister Aaron Matsoaledi said in an address.

He also hinted of speeding processes for citizens of other countries including Nigeria. “While we are busy tackling the matter of the three countries, we shall this financial year increase two and a half times the number of people who work for Home Affairs to process visas in both China and India.

“We shall double the number of people who process visas to our country in Nigeria,” he said.