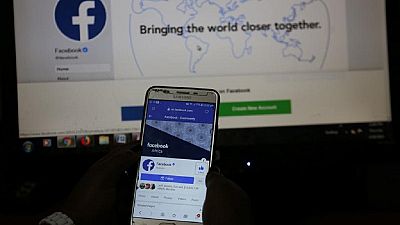 Internet connectivity is back in Ethiopia, online rights group, NetBlocks said on Thursday morning. The BBC, however, adds that Wi-Fi connection was back whiles mobile access remained blocked.

The restoration comes on the back of over 100 hours of outage linked to what the government says was a failed coup in the country’s northern Amhara regional state on Saturday, June 22.

“Internet access is being restored across Ethiopia as of 6:00 a.m. UTC Thursday 27 June according to network measurement data. Current levels are approaching 90% of normal connectivity levels prior to the disruption,” NetBlocks confirmed.

Internet users in the country have confirmed the return of connectivity with posts on social media. The government and state monopoly operator, Ethio Telecom, have yet to comment on the almost five day outage.

A privately-run news portal Addis Standard said earlier this week that its activities had been impacted by the outage whiles the state-affiliated media outlet, FBC’s last tweet as at Thursday morning dated back to June 22.

Ethiopia became the second African country behind neighbouring Sudan to cut the internet, both over political / security reasons. Mauritania became the third when they cut internet in the aftermath of a contested presidential election.

Black online after internet shut down following an attempted coup and assassination of several senior officials in Ethiopia last Saturday. Internet could go off again at any time amid uncertainty of how things will develop

So good to finally get WhatsApp messages from my family and friends in Ethiopia ? No internet in 2019 cannot be the way forward. Welcome back though, apparently only WiFi is turned on but we'll take that!!!

Internet is back, let the conspiracy theory begin#Ethiopia

Broadband/fixed line internet connection is slowly coming back in #Ethiopia.

Internet is back on
#ethiopia pic.twitter.com/AovsESkDpL

What regions of Ethiopia were offline?

Network connectivity levels generally correlate to internet availability in a given country. Only between 2% and 3% of Ethiopia’s networks remained reachable, appearing to belong to technical staff and government officials.

Some of the same internet addresses were also brought back online during last week’s series of disruptions, reportedly introduced as a measure to prevent cheating in national exams.

How did the shutdown progress?

Data indicate that the outage rapidly progressed to have nationwide impact, following a brief partial disruption affecting parts of the north, including Amhara State, and some eastern regions.

By the time word of the coup attempt began to spread, some 98% of Ethiopia was already offline.