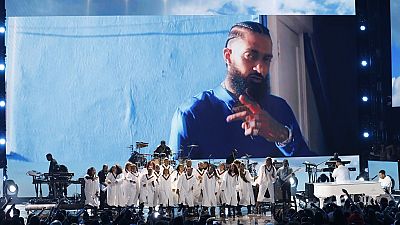 Eritrean-American rapper Nipsey Hussle who was killed in March this year, was one of the big winners at the Black Entertainment Television (BET) awards over the weekend.

Nipsey, who was shot dead in March at the age of 33, won the awards for Best Male Hip-Hop artist, and the Humanitarian award.

“Nipsey is such an important part of our community, in particular the fact that he focused on servicing his community, staying in his community, and trying to uplift the community he was a part of,” BET Networks President Scott M Mills said.

The BET Awards celebrate African Americans and other American minorities in music, acting, sports, and other fields of entertainment.

The other winners on the glamorous night held in Los Angeles on Sunday night included;