Esperance Tunis have lodged an appeal against CAF’s Wednesday decision to re-stage the second leg of the African Champions League final, which was last week abandoned after Wydad Casablanca left the pitch following a disputed decision.

The match had thereafter been awarded to Esperance, who were consequently crowned African champions. The club has since refused to honour CFA’s call to return the trophy and medals.

“The club’s management will hold an urgent meeting to appeal against Caf’s decision with the relevant international bodies and will take all legal measures to preserve its rights,” Esperance said in a short statement.

Other developments in the matter as reported by Usher Komugisha, a renown sports journalist covering the continent, include;

CAF needs to review their partnership with Hawk-Eye whose failure to deliver the VAR equipment on time for the return leg tie in Tunisia is the basis of this chaos.

As a followup to this letter, they don’t say what happened to the VAR kit that was supposed to come from Madrid! pic.twitter.com/WaXt71QTnu

The African Champions League match between Wydad Casablanca and Esperance of Tunisia will be replayed according to the Confederation of African Football, CAF.

Esperance Tunis were crowned African Champions League against Wydad Casablanca last week in Rades, winning 1-0 in the return final, after a standoff over the Video Assistant Referee (VAR).

After Mohamed Youcef Belaïli’s opening goal, Wydad’s Walid El Karti’s 60th minute equaliser was ruled out by the referee for offside. The Moroccans requested verification by the VAR but Gambian referee Bakari Gassama declined. Furious, they walked off the pitch.

CAF came in for a lot of flak over the decision to crown Esperance despite the controversial end to the game. Today’s meeting was held to pronounce a definite position on the matter.

Esperance are expected to return all medals and the trophy ahead of the rescheduled game which will be played after the 2019 AFCON set to take place in Egypt. The final final will be played at a yet to be named neutral ground.

Match to take place AFTER #Afcon2019 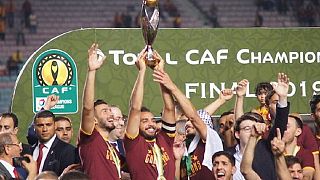