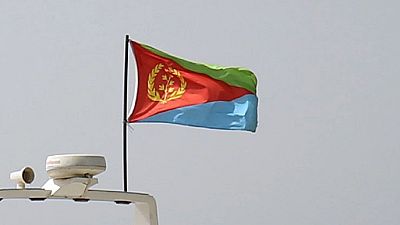 <p>Eritrea says the May 29 lifting of security related <a href="https://www.africanews.com/2019/05/29/us-removes-eritrea-from-counterterror-non-cooperation-list/">blacklisting</a> by the United States government was welcome despite being an erroneous move in the first place.</p> <p>The <span class="caps">BBC</span> quoted Information Minister Yemane Gebremeskel as saying the “categorisation was erroneous” in the first place, before adding that Asmara viewed today’s move as a case of being “better late than never.”</p> <p>“Eritrea’s track record on fighting terrorism has been impeccable throughout the past decades,” he said.</p> <p>Washington classed Eritrea under its list of Counterterror Non-Cooperation nations in May 2017. Eritrea was the only African country listed at the time.</p> <p>The US based its decision on allegations of Eritrean government support for Somalia-based insurgent group, al-Shabab. The US is actively involved in combating the group listed as a terrorist organisation under its laws.</p> <p>The quartet of nations that remain on the said list are: Iran, North Korea, Syria and Venezuela.</p> <p>Observers had largely held that dropping Eritrea from the list was only a matter of time especially after the United Nations Security Council, <span class="caps">UNSC</span>, voted to lift targeted sanctions on Eritrea over similar allegations.</p> <p>At the time, it took a shift in position by the US – a permanent member of the <span class="caps">UNSC</span>, to allow for the sanctions to be lifted. Eritrea demanded an apology from the UN body over what it said was baseless and unfair sanctions.</p> <a style="font-size:16px; font-color:yellow;" href="https://www.africanews.com/2019/05/25/eritrea-to-patiently-evaluate-political-economic-security-sectors-president/ "target="_blank"><span class="caps">READ</span> <span class="caps">MORE</span>: Eritrea to patiently evaluate political, economic, security sectors</a>