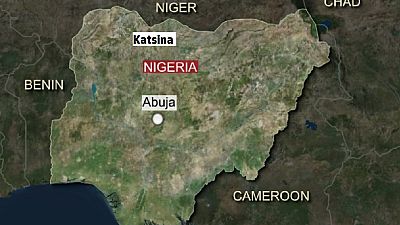 Katsina State in Nigeria’s northwest is set to apply death sentence for two offences that have riled the state in recent months.

Persons found guilty of rape will also be handed life sentences in addition to fines whiles victims will be compensated. Katsina is the home state of the current president.

The latest move comes in the wake of an attack that killed people earlier this week. President Buhari convened a meeting with the governor to address security issues.

Security chiefs were also instructed to produce a report on how the incident took place especially in the month of Ramadan. Lagos State also has a similar law where kidnappers face the death penalty.

President MBuhari summons Katsina State Governor, Aminu Bello Masari to an urgent meeting on the security situation in the state.

The northwest and parts of north central Nigeria has been plagued by kidnapping and banditry leading to the suspension of gold mining in Zamfara state months back.

The security situation had been beefed up with the police and military launching operations to combat the criminals.

Nigeria’s security situation has been largely concentrated in the north eastern Borno State where security forces are fight a counter insurgency against Boko Haram and Islamic State in the West Africa Province, ISWAP.