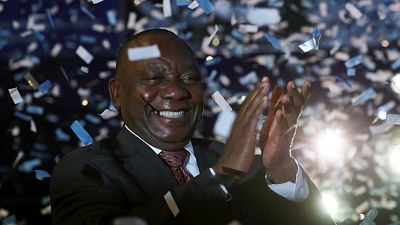 South African President Cyril Ramaphosa followed up his election pledge to tackle corruption by appointing a veteran lawyer to lead a newly formed anti-graft unit, his office said on Friday.

Ramaphosa has promised to root out corruption, cited by ratings agencies and investors as a major obstacle to economic reforms needed to turn around growth, which flatlined in the last decade under former president Jacob Zuma.

His African National Congress won last week’s parliamentary election, but its majority slipped to the lowest in 25 years, with voters turned off by revelations of corruption that have gone largely unpunished.

The presidency said Advocate Hermione Cronje would take the helm of the Investigating Directorate, an arm of the National Director of Public Prosecutions, which is tasked with investigating serious, high-profile or complex corruption.

In effect it replaces the Scorpions, a unit dismantled a decade ago in a move analysts said weakened the state’s ability to fight graft.

An ongoing inquiry into corruption by government officials and others during Zuma’s presidency has so far heard months of testimony. Zuma has denied any wrongdoing.

“The unit will be focusing on the issues that emanate from the state capture commission of inquiry” and other commissions, said National Prosecuting Authority spokeswoman Bulelwa Makeke.