During a visit to the UAE, celebrity chef Michael Mina talks to Euronews about his colourful career and how his cuisine is going back to his North African roots.

The Egyptian-born, US-raised chef, who juggles a portfolio of more than 40 establishments, admits that it’s a challenge to keep consistency across his brand.

“It’s a million little things,” says Mina, “You have to start with the right concept and then you have to be obsessive over the fact that every day a restaurant will be better, or worse, than the day before. It’s never going to be the same.” 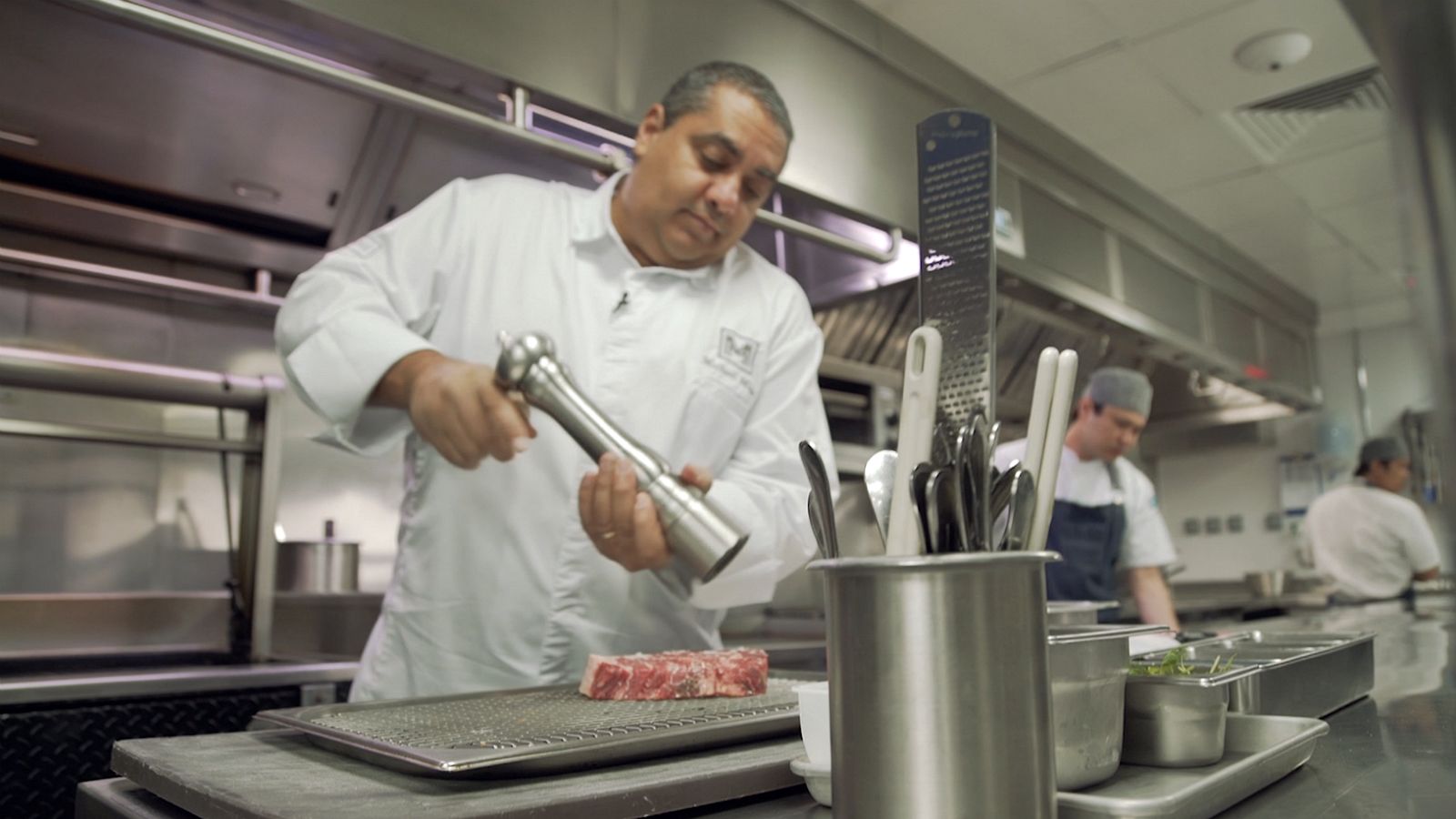 Michael Mina cooked in a UAE restaurant during a visit

Over time, when Aqua’s Michelin stars faded away and its doors permanently closed in 2010, Mina sharpened his focus and launched a venture with former tennis champion André Agassi.

“Him [Agassi] and his wife, Steffi Graf, I think having them as partners aids you in so many ways,” Mina tells Euronews. “It’s not just in the celebrity status but the type of people they are, and what they do – what they’re about.”

Together, they opened Mina’s flagship, eponymous US restaurant on the same spot where Aqua once stood. Two Michelin stars followed, as did VIP clients and US presidents as patrons.

No greater privilege than to cook for this man on Presidents’ Day. Thank you for the highest honor barackobama!

“For me, the journey of gaining the Michelin stars is a beautiful process. It fits into my whole philosophy of you have to just keep getting better.” recalls Mina.

The 50-year-old also attributed his success, and Michelin comeback, to his vast team of employees across his eateries.

“I’ve been able to surround myself with a group of people that are all like-minded,” he says. “The reality is that we always have people from within that are growing constantly,

The cookbook author and restaurateur, who also owns a brasserie in the U.A.E, is increasingly turning to his Egyptian roots for culinary inspiration.

The Glazed Egyptian Mango at michaelminasf features our custom-blended MINA Spice designed with our friends at la_boite. Join us on the #SpiceTrail!

“I don’t think that the story has been told in the United States about how much the Middle East and Egypt have all of these beautiful products – the spices and the flavors,” he says.

One traditional North African dish that Mina particularly loves, and has added a modern twist to, is feteer meshaltet.

“When I was growing up, that’s what I would have for breakfast every morning. My mum would make it.” he reminisces.

In his kitchen, Mina prepares his mother’s rustic version but adds a touch of luxury to the mix, with a spoon of Golden Osetra caviar as the final garnish.

“Being born in Egypt and coming to the United States, I wanted to combine that with what I’ve learned as a chef – and all of the beautiful ingredients we have in California – and take the fun things that I obsessed and I loved.” he says.