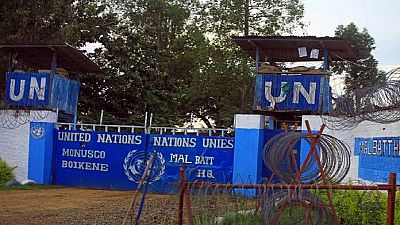 Two suspects of the murder of two UN experts investigating mass killings in the Democratic Republic of Congo fled Prison on Monday night.

A defense lawyer said Tuesday, that the duo, Evarist Ilunga Lumu and Tshiaba Kanowa, escaped from the Kananga Central Prison prison in Central DRC where they were incarcerated.

“My client Evarist Ilunga Lumu and another co-prisoner Tshiaba Kanowa escaped last night. It was the military prosecutor’s office that informed me early this morning,” Mr. Kabangu, lawyer for the defendant Ilunga Lumu, confirmed to AFP.

My client Evarist Ilunga Lumu and another co-prisoner Tshiaba Kanowa escaped last night. It was the military prosecutor's office that informed me early this morning

The escape occurred in the early hours of Tuesday, May 7, following a burst of gunfire around Kananga prison in the Central Kasai Province.

The prison break has caused a very tense atmosphere with the overwhelming mistrust of the prisoners, according to locals.

No information has so far filtered on the actual number of detainees who have escaped. Congolese website Actualité.cd. however reports that another suspect linked to the UN experts’ case is also on the run.

Evarist Ilunga Lumu and Tshiaba Kanowa are among the main suspects in the murder of Swedish Chilean-born Zaida Catalan and American Michael Sharp, two UN experts, killed on 12 March 2017 in Kasai where they were investigating mass graves in the context of an armed conflict.

The trial which opened in June of the same year overlapped with many contradictions that delayed its progress.

The trial which involves the prosecution of 15 persons is currently at the investigation stage. The next hearing was scheduled for May 16.