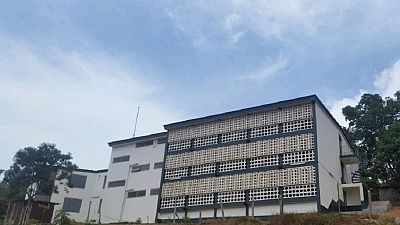 For years now, students on Sierra Leone’s Fourah Bay College campus have been yearning for hostels which have not been in operation due to rehabilitation works.

Fourah Bay College, founded as far back as 1827, is the oldest university in West Africa and the first western-style university in the region.

Around 2010, students vacated the hostels in order to give way for rehabilitation of the buildings. The situation has since then left many students arriving on campus late for academic work.

Others coming from provinces across the country find it very difficult to get residences in order to ease their lives. Fast forward to 2019, the prayers of students at Fourah Bay College are close to being answered as the hostel facilities are almost at their completion stage.

The project is funded by the Arab Bank of Economic Development in Africa (BADEA) and Société Général de Fella (SOGEFEL) as contractors.

The hostels are comprised of different quarters and are divided into male and female quarters with well furnished bedrooms, toilets, kitchens, and gardens where students would interact and spend time reading and interacting with their colleagues.

Students yearn to return to hostels

Ishmail Kargbo, is a final year Accounting student at Fourah Bay College, he expresses dissatisfaction over the delay in rehabilitating the hostels.

“I feel so bad that after spending more than 3 years on campus, I couldn’t access the hostel facilities, I am mostly challenged to attend classes in the morning hours especially when we have some at 8:00 am, getting on campus to catch up with my early morning classes is very difficult for me.” said Ishmail.

He further highlighted that with the hostels, there’s always cordiality among students as they find it easy to organize group studies and share ideas.

For her part, Kadiatu Mansaray, a special needs student in her third year at the Mass Communication Department, raised concerns on the structure of the hostels, noting that they were not disability friendly.

Kadiatu called on the university authorities to find ways to help her and many other disabled persons to also feel part of the development. She also advocated for priority to be given to students with special needs so as to access the hostels in gratis or at a minimal cost.

The president who was officiating a graduation ceremony on Saturday, said he intends to increase access to quality education as a development measure.https://t.co/rilUje7fOS pic.twitter.com/FUnBR4SMKc

Dr. Michael A. Conteh is the Supervisor of the Estate at Fourah Bay College, University of Sierra Leone. In an exclusive interview with Africanews Correspondent in Sierra Leone, he says the hostels were shut down as a result of the unruliness of students.

According to him, the project should have ended in March, 2019 but was further extended in order to complete the renovation.

“In terms of the renovation, it is not yet 100%, there are one or two issues that SOGEFEL has to fix, for instance a broken faucet in a toilet, a door which they have fixed was carted away by thieves.

“So there were so many issues surrounding the hostels. In terms of furnishing the hostels, that has not been done yet and students can’t occupy them without furniture,” he added.

He said he could not tell as of now, the number of students who’ll occupy a room and the amount to be paid per student.

With the rehabilitation of the hostels, many students who couldn’t find fixed settlements in the urban area, will find it easy to make it for classes and will reduce the cost used by many students on transportation.

However, we also call on the college administration to make ways for disabled students to have easy access to the buildings. Whiles we await the operation of the rehabilitated hostels, we will continue to follow up on developments as and when they unfold.