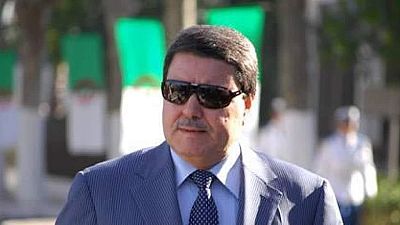 General Hamel is scheduled to appear Monday with one of his sons before the investigating judge of the Tipaza court (70 km west of the capital, Algiers), according to the national radio.

“They must be heard in the context of judicial investigation for “illegal activities, influence peddling, misappropriation of land and abuse of office”, the state television said.

They must be heard in the context of judicial investigation for "illegal activities, influence peddling, misappropriation of land and abuse of office.

Hamel was dismissed in June 2018 by deposed President Abdelaziz Bouteflika amid a cocaine trafficking scandal.

Since Bouteflika’s resignation on 2 April, the judiciary has opened a series of investigations into corruption and illegal capital transfers targeting powerful businessmen close to the former president and senior government officials.

This judicial offensive began on April 3 with the imprisonment of the former boss of Algerian bosses, Ali Haddad, a wealthy businessman close to Bouteflika.

Since 22 February, the country has been plagued by popular demonstrations, initially calling for Mr. Bouteflika’s departure and now wanting the end of the ruling “system”.