How much gold is smuggled out of Africa?

Gold worth billions of dollars is being smuggled out of Africa every year through the United Arab Emirates in the Middle East – a gateway to markets in Europe, the United States and beyond – a Reuters analysis has found.

Much of the gold was not recorded in the exports of African states.

Industrial mining firms in Africa denied sending their gold to the UAE – indicating that the Gulf country’s gold imports from Africa come from other informal sources.

Experts say large amounts of gold are leaving Africa with no taxes being paid to the states that produce them.

African governments such as Ghana, Tanzania and Zambia complain that gold is now being illegally produced and smuggled out of their countries on a vast scale, sometimes by criminal operations, and often at a high human and environmental cost. 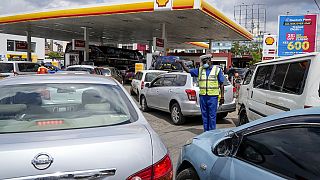