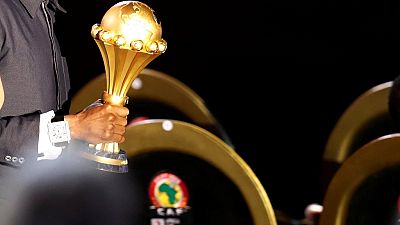 The 2019 African Cup of Nations draw was consucted on Friday, with hosts Egypt taking on Democratic Republic of Congo, Uganda and Zimbabwe in Group A.

Pundits considered the Egypt draw a favorable one considering that the continent’s football giants like Morocco, Ivory Coast and South Africa were placed together in Group D.

The draw for the expanded 24-team tournament, that runs from June 21 to July 19, was staged against the spectacular backdrop of the Sphinx and Pyramids on the Giza Plateau in Cairo.

In this article, we list 10 facts about the Africa Cup of Nations, the continent’s most prestigious football tournament.

1 – Egypt will be hosts for a record fifth time. They previously staged the Cup of Nations in 1959, 1974, 1986 and 2006, winning three of those four tournaments and finishing third in the other.

2 – Only three countries, hosts Sudan, Egypt and Ethiopia, took part in the first tournament in February 1957 and there was no qualifying competition.

4 – The most successful country has been Egypt with seven titles followed by Cameroon (five), Ghana (four), Nigeria (three) and the Democratic Republic of Congo and the Ivory Coast (two each).

5 – Madagascar, Burundi and Mauritania will be making their debuts at the tournament in 2019. 12 teams are yet to qualify for Africa’s biggest football tournament, including Central African Republic, Chad, Comoros, Djibouti, Eritrea, Eswatini, Gambia, Lesotho, São Tomé and Príncipe, Seychelles, Somalia and South Sudan.

6 – Cameroonian Samuel Eto’o is the leading overall Cup of Nations scorer, notching 18 goals in six tournaments between 2000 and 2010.

7 – Egypt goalkeeper Essam el Hadary became the oldest player at 44 years and 21 days to feature in the tournament when he faced Cameroon in the 2017 final in Libreville.

8 – Shiva N’zigou of Gabon is the youngest player to feature, and score at the tournament. He was 16 years old and 93 days when he played at AFCON in 2000, scoring in a 1-3 defeat against South Africa.

9 – The tournament has been switched to being held in odd-numbered years so as not to clash with the FIFA World Cup. AFCON will also for the first time this year, be held mid-year, away from the traditional January – February window, to alleviate the club-versus-country battles that have marred previous editions.

10 – Three different trophies have been awarded during the tournament’s history. The current trophy was first awarded in 2002, and Egypt won it indefinitely after completing their historic treble of titles in 2010. 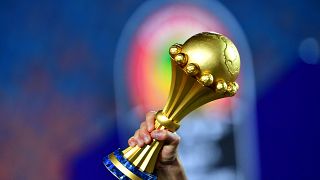