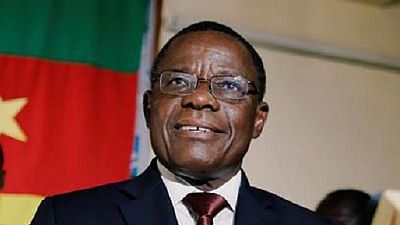 International rights group, Human Rights Watch, HRW, says it is worried about the Cameroonian government’s continued muzzling of the dissenting voices, especially that of the opposition.

HRW’s concerns were primarily set around the recent banning of an assembly by the main opposition Cameroon Renaissance Movement, MRC.

In a statement titled, ‘Cameroon Tightens Screws on Opposition,’ HRW bemoaned what it described as a crackdown on the Maurice Kamto-led MRC’s right to assemble and to protest same. The statement came barely 24-hours to Kamto’s next court appearance.

The group cited a key instance where the Minister of Interior banned MRC demonstrations with the reason that it had destabilizing motives.

“The minister, Atanga Nji, also accused the MRC of an act of provocation, having chosen to organise demonstrations on April 6, a date which marks the anniversary of a 1984 coup attempt to oust President Biya.

“This move is part of a growing trend in Cameroon. Since late 2016, the government has repeatedly blocked peaceful anti-government protests with force, arbitrary arrest, and detention of protesters.

“In January 2017, the Minister of Territorial Administration banned the activities of the Cameroon Anglophone Civil Society Consortium (CACSC), a leading civil society organization working in the volatile anglophone regions,” the statement added.

In the case of rebellion which he currently faces, MRC leader Kamto is expected to appear before a Yaounde Appeal Court today (April 9). Political watchers largely expect the court to confirm the decision of a lower court to keep Kamto in prison awaiting trial.

During his last appearance (April 2), his defense lawyers walked out of the court room in protest of the decision to hold the proceedings behind closed doors. Kamto placed a distant second to President Paul Biya in October 2018 polls.

A move to contest the outcome at the Constitutional Court was thrown out by judges. His decision to form a resistance movement subsequently resulted in his arrest and trial for rebellion against the state.

“The government’s ban on MRC rallies is a step backward for Cameroon and should be lifted immediately. Rather than forbid dissent and lock up opponents, the government should respect democratic principles and allow peaceful protest,” HRW’s statement concluded.