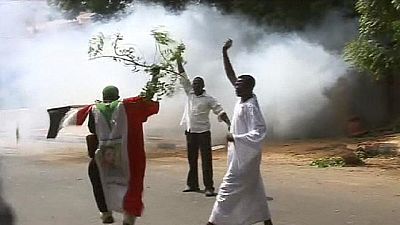 Unspecified number of protesters were arrested as Sudanese police used tear gas to disperse “illegal gatherings” in the capital Khartoum and several cities in other states on Sunday according to the official Sudan News Agency (SUNA).

Sudan has been rocked by persistent anti-government demonstrations since Dec. 19. The protests were initially triggered by price rises and cash shortages but evolved into demonstrations against President Omar al-Bashir’s 30-year rule.

Police spokesman Hashem Ali told SUNA that “these illegal gatherings were dealt with by police and its squad using tear gas”. He said police in Khartoum state received reports of injuries among citizens and police.

These illegal gatherings were dealt with by police and its squad using tear gas.

Police have made arrests of protesters and filed legal complaints against them under emergency measures declared last month, SUNA said.

The official state news agency has rarely reported on the demonstrations since they began late last year.