Bouteflika likely to resign this week? 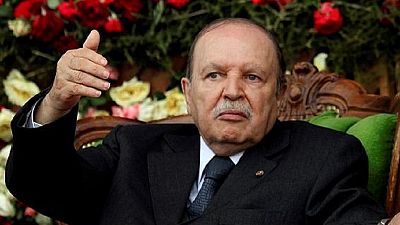 Algeria’s Abdelaziz Bouteflika might resign this week following the mass protests and pressure from the army demanding he end his 20-year rule, according to the private Ennahar and El Bilad TV reports on Sunday,

The reports come after the army chief of staff, Lieutenant General Ahmed Gaed Salah, renewed a call on Saturday for the Constitutional Council to declare the ailing 82-year-old Bouteflika unfit to rule.

Seeking to defuse the demonstrations, Bouteflika said on March 11 he was dropping plans for a fifth term. But he stopped short of stepping down immediately, to wait for a national conference on political change.

That further enraged protesters, prompting Salah to step in by proposing last week to ask the constitutional council to see whether he is still fit for office.

Bouteflika, who has rarely been in public since suffering a stroke in 2013, might announce his resignation on Tuesday, Ennahar TV said, citing political sources. El Bilad TV, quoting unnamed sources, said he would quit this week.

State media did not report similar reports, and there was no immediate comment from the presidency.

Late on Sunday, hundreds took to the streets in the capital, Algiers, to demand Bouteflika go, according to residents and pictures posted on social media.

The reports came hours after Bouteflika named a caretaker Cabinet. Political sources said that might be a signal that Bouteflika could resign, as a caretaker president cannot name Cabinets.

Central bank Governor Mohamed Loukal was named as finance minister, while the former head of the state power and gas utility Mohamed Arkab will be energy minister, APS said.

Sabri Boukadoum, a former envoy to the United Nations, becomes foreign minister and replaces Ramtane Lamamra, who spent less than a month in the role.

Bouteflika also named the communications minister, Hassane Rabhi, as government spokesman, a rarely filled post in what critics say has been a secretive administration.