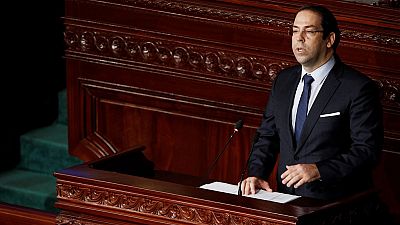 <p><strong>Tunisia raised fuel prices on Sunday by about 4 percent, in an effort to rein in its budget deficit and meet reforms requested by the country’s international lenders, the government said in the first hike this year.</strong></p> <p>The price of a litre of petrol will rise by 0.080 Tunisian dinars to 2.065 dinars ($0.6825), the industry ministry said in a statement late on Saturday.</p> <p>The North African country raised petrol prices four times last year.</p> <p>The International Monetary Fund has been pressing Tunisia to trim its budget deficit and increase fuel and electricity bills to offset a rise in oil prices that is pressuring already strained public finances.</p> <p>The country has dropped into a deep economic slump following the overthrow in 2011 of autocratic leader Zine El-Abidine Ben Ali.</p> <p>($1 = 3.0255 Tunisian dinars)</p>