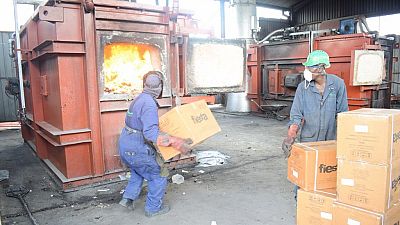 Kenya’s pharmacy and poisons regulator on Friday destroyed packs of condoms deemed to be unsafe for public use. The product is said to have failed quality tests prompting a recall.

The Pharmacy and Poisons Board said its drug inspectors supervised the destruction of the Fiesta condoms valued at 10 million Kenyan shillings (which comes up to over $100,000). The incarceration took place at the facility located in Athi River, a town located outside the capital Nairobi.

The authorized market dealers of the product were listed as Deep Kumar Tyagi Healthcare International Limited. Apparently, the board had ordered a recall of all the affected consignments.

“The recall of the affected batches of the fiesta condoms was concluded on 11th March, 2019 upon which Pharmacy and Poisons Board Kenya directed the market authorization holder to carry out destruction of the recalled consignment under PPB supervision,” they said in a tweet.

Workers in protective are seek unpacking the products and hurling them into a fire place. The Board has meanwhile urged vigilance on the part of the public to identify any sub-standard health products on the market.

Reports indicate that it is not the first time such an incident is taking place. In 2018, the Health Ministry did order a recall of some condom brands on the same grounds.

The Fiesta Stamina and Fiesta Big Black products were said to have failed thickness tests in November 2018 hence the recall.

The recall of the affected batches of the fiesta condoms was concluded on 11th March, 2019 upon which ppbkenya directed the market authorization holder to carry out destruction of the recalled consignment under PPB supervision. pic.twitter.com/0vzy6Rawqz 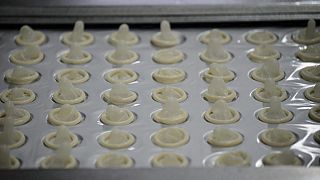