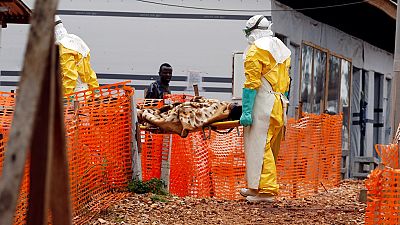 <p><strong>Democratic Republic of Congo on Friday March 29, 2018 recorded 15 new confirmed cases of Ebola, the biggest one-day rise since the current outbreak was declared last August, the health ministry said.</strong></p> <p>Coming a day after 14 new cases were confirmed, the number means the outbreak is on track to register one of its highest weekly case totals, despite health officials saying as recently as two weeks ago that it was largely contained and could be stopped by September.</p> <p>Health workers have brought new tools to the fight against the latest epidemic of the hemorrhagic fever, including a vaccine and several treatments, but community mistrust of first responders and militia violence have set back the campaign.</p> <p>Five Ebola centers have been attacked since last month, sometimes by armed assailants. The violence led French medical charity Medecins Sans Frontieres (<span class="caps">MSF</span>) to suspend its activities at the epicenter of the outbreak last month.</p> <p>The current outbreak of the virus, which causes severe vomiting, diarrhea and bleeding, is the second largest in history behind the 2013-16 West African epidemic that killed more than 11,000 people.</p> <p>Congo’s health ministry said that as of Friday the outbreak was believed to have killed 660 people and infected 399 more.</p>