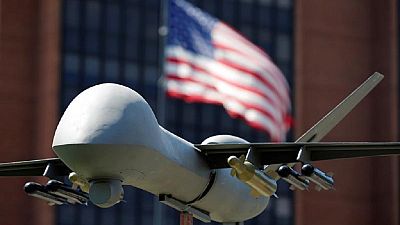 US forces have “dramatically increased” the number of air strikes in Somalia with several civilians killed by the powerful missiles, Amnesty International says, reports denied by the military.

The report titled: “The Hidden US War in Somalia” notes that over the last two years, the US has dramatically increased the number of air strikes in Somalia.

During that time, the Africa Command claims it killed ZERO civilians – but Amnesty said data it had analyzed revealed that isn’t the case. “More than 100 strikes carried out since April 2017, civilians were killed and injured but no acknowledgment, no justice for victims,” Amnesty stressed.

We are aware of reports alleging civilian casualties resulting from this air strike...The U.S. Africa Command will review any information it has about the incident, including any relevant information provided by third parties.

Launching tomorrow: US air strikes in Somalia have tripled under Trump – more than 2 dozen since the start of 2019 alone. But USAfricaCommand maintains zero civilians have been killed in this hidden war. amnesty investigated & can confirm that’s false. New report out 20 March. pic.twitter.com/MxBEGRphwf

An air strike near the Somali town of Afgoye killed four people, a relative of one of the victims said on Tuesday.

The United States frequently carries out such attacks that target Islamist militants in the Horn of Africa country. The attacks have helped bolster Somalia’s U.N.-backed central government against al Qaeda-affiliated al Shabaab insurgents.

Abdiqadir Nur, an employee of telecoms firm Hormuud Telecom, and three others died at 0130 GMT while driving through Laanta Buuro village in the southwestern Lower Shabelle region, 45 km (28 miles) from the capital Mogadishu, relatives said.

“Nur and three others died on the spot. His brother Mahad Nur is totally burnt,” Nur’s cousin Abdullahi Ali said.

A new amnesty report (The Hidden US War in #Somalia) details how 14 civilians were killed and eight more injured in just five of the more than 100 strikes in the past two years. These five incidents were carried out with Reaper drones and manned aircraft in Lower Shabelle.

In an email to Reuters, the U.S. Africa Command (AFRICOM) said it carried out the air strike on Sunday and that three militants had died in the attack.

“We are aware of reports alleging civilian casualties resulting from this air strike…The U.S. Africa Command will review any information it has about the incident, including any relevant information provided by third parties,” it said.

Al Shabaab was driven out of Mogadishu in 2011, but retains a strong presence in southern and central parts of Somalia.

Al Shabaab, which wants to impose strict Islamic law in Somalia, says relatives of jihadists killed in air strikes are often motivated to join its ranks.