Angola telecom giant maintains Africa's richest woman on its board 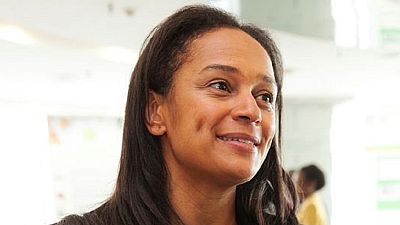 <p>Isabel dos Santos, Africa’s richest woman and the daughter of Angola’s former president, has been re-elected to the board of Unitel, the Angolan telecoms company said on Tuesday.</p> <p>The decision comes after speculation that dos Santos could have been ousted in a shareholder dispute at the company that dominates Angola’s telecoms market.</p> <p>Ownership of Unitel is split equally between Isabel dos Santos, Brazilian telecoms company Oi, Angolan state oil company Sonangol and Angolan businessman and former government official Leopoldino do Nascimento.</p> <p>The three Angolan owners previously always voted as a block, but Sonangol recently indicated that it was looking to sell its stake and wanted to reduce the influence of dos Santos.</p> <blockquote class="twitter-tweet" data-lang="en"><p lang="en" dir="ltr">Isabel dos Santos stays in the Board of Directors of Unitel SA for the mandate 2018-2020, the Angolan Telecom company market leader <a href="https://t.co/ujze0JDUh9">pic.twitter.com/ujze0JDUh9</a></p>— Isabel Dos Santos (@isabelaangola) <a href="https://twitter.com/isabelaangola/status/1108058567922323459?ref_src=twsrc%5Etfw">March 19, 2019</a></blockquote> <script async src="https://platform.twitter.com/widgets.js" charset="utf-8"></script> <p>It is uncertain whether dos Santos can hang on as Unitel chairwoman at the new board’s first meeting, due to take place by May 6.</p> <p>Dos Santos has suffered a fall from grace since her father, Jose Eduardo dos Santos, was replaced by President Joao Lourenco in September 2017.</p> <p>Lourenco has since moved to push aside powerful figures associated with his predecessor and sacked Isabel dos Santos as chairwoman at Sonangol.</p> <p>The rest of the newly appointed Unitel board, which will serve until 2021, are Amilcar Safeca, Miguel Geraldes, Joao Boa Quipipa and Luiz Rosa, the statement said. </p> <p><strong><em><span class="caps">REUTERS</span></em></strong></p>