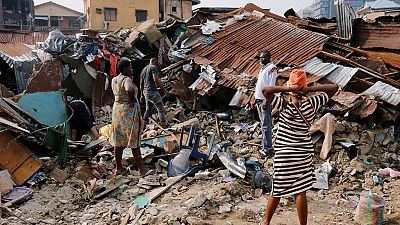 A storey building has collapsed in Ibadan, capital of Nigeria’s southwestern Oyo State according to multiple local media reports.

The incident occurred in Bode area, after Molete Bridge, of Ibadan on Friday. At the time of the report, there were no reports of casualties even as a crowd is said to have gathered at the scene.

It comes barely 72 hours after a similar occurrence in the commercial capital Lagos claimed twenty lives, mostly of school going children whose school was located in the three-storey building.

The Lagos accident occurred in Ita Faji area, Lagos Island, and the search and rescue mission was called off today whiles demolition of the building and other marked structures commenced.

The Sahara Reporters news portal said current rescue efforts were largely minor as residents await the intervention of the relevant authorities with the expertise to help search and rescue any victims.