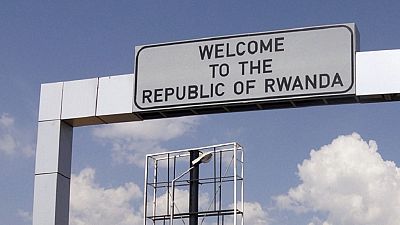 Rwanda’s state minister for foreign affairs in charge of the East African Community, Oliver Nduhungirehe, on Friday explained the ongoing border standoff between his country and Uganda.

In two tweets posted on his official account, Nduhungirehe clarified that Rwanda’s borders were not closed, adding that Rwandans were however ‘strongly advised not to travel to Uganda’.

Is the border closed?

If it was construction of the road they wouldn't have prevented their people from coming into the country.

‘‘As explained to many journalists, all Rwanda’s borders are open. Trucks and heavy vehicles are advised to use Kagitumba due to ongoing construction at Gatuna.’‘

Why can’t Rwandans travel to Uganda?

‘‘Rwandans are strongly advised NOT to travel to Uganda due to ongoing arrests, harassment, torture,Incarceration without consular access, deportation etc. This is for their own security.’‘

Can Ugandans travel to Rwanda?

‘‘Ugandans in Rwanda or travelling through Rwanda are safe.’‘

The diplomatic spat between Rwanda and Uganda is being played out on social media as high level officials of the two governments trade accusations over the genesis of the conflict.

In his briefing to journalists on Friday, Opondo said Rwandans were being prevented from traveling to Uganda, and trucks from Uganda had been barred from accessing Rwanda via Katuna.

‘‘All vehicles coming from Rwanda enter well into Uganda but it’s the opposite on the Rwandan side. Rwandese aren’t being allowed to travel and enter Uganda but Ugandan nationals are. What is being stopped are only vehicles because of the blockage,’‘ Opondo explained.

.OfwonoOpondo: We’re advising trucks to use Ntugamo-Mirama Hills for business to go on normally. The construction at the Gatuna border(Rwanda) with Uganda is making movement difficult. However, we’ve not received any information about why Rwandese& trucks aren’t entering Uganda.

Opondo went on to address the issue of whether Uganda is harassing Rwandan nationals, through arbitrary arrests and deportations.

‘‘We would like to send a clear message to Rwanda that there’s no one Uganda is harassing from Rwanda or has in custody,’‘ Opondo said.

To which the Rwandan minister responded by citing 40 Rwandan nationals that he said were ‘‘languishing in Ugandan cells’, adding that ‘‘more than 800 Rwandans who were deported from or refused entry to Uganda since January 2018’‘.

‘’ You can start by the list below and contact our High Commission in Kampala for further information. The families of the detained are getting worried about the fate of their loved ones,’‘ read part of the minister’s tweet.

We did already and our countless notes verbales remain unanswered. You can start by the list below and contact our High Commission in #Kampala for further information. The families of the detained are getting worried about the fate of their loved ones. pic.twitter.com/BK8AiNFx8E

Uganda on Thursday called upon authorities in Rwanda not to prevent people from crossing the border at the Southern point of Katuna (Gatuna).

The Ugandan government spokesperson Ofwono Opondo told journalists that since Wednesday 6:00pm (local time), Rwandan authorities had denied entry to both private and public vehicles attempting to cross the border from Uganda.

Opondo also questioned the explanation by Rwanda’s Revenue Authority (RRA) that cargo trucks from Uganda were prevented from crossing the border at Katuna because of a planned upgrade of the border post.

‘‘If it was construction of the road they wouldn’t have prevented their people from coming into the country,’‘ Opondo argued.

Opondo corroborated reports from the border saying as of Thursday morning, Rwandan nationals were no longer being allowed to cross into Uganda.

Opondo however called for calm, saying the Rwandan authorities were being engaged for an amicable solution.

In a letter addressed to Uganda’s revenue authorities at the border on Wednesday, RRA explained that heavy trucks would be diverted to other crossings.

We are considering reducing the traffic of heavy trucks to allow completion of the OSBP infrastructure,” read the letter signed by Rosine Uwamariya, the Commissioner for Customs at RRA.

“In view of the above, Rwanda Revenue Authority would like to inform you that with effect from 28th February 2019, all heavy trucks carrying goods destined and those transiting via Gatuna shall be temporarily diverted from using Gatuna Border Post to Kagitumba/Mirama Hills border posts,” she added.

Relations between Rwanda and Ugandan have recently become soiled by counter accusations of espionage and engaging in activities to destabilise each other.

“A number of incidents that are being commented about in the media, many would be properly addressed if only there was better communication. We have phones, we should talk more,” Museveni said.

In an exclusive interview with The EastAfrican newspaper earlier this month, Kagame accused Uganda of listening to dissidents who plan to destabilise Rwanda.

‘‘That must be resolved. Because the alternative is not something that we should even be thinking about, or entertaining,” Kagame said, adding that he is confident ‘the matter can be resolved’.

Was someone suggesting that the #Uganda #Rwanda border at #Katuna/Gatuna has been closed? This doesn’t seem to point to that. pic.twitter.com/Trxo42PTgm

SoogiKatende I have a client who is stuck in Rwanda ?? and can’t travel back to Uganda ! What’s the appropriate advise I can give him! He has ran out of money ?!

Dear Rwanda,closing the border is a waste of time.Uganda is not Mexico!