Voters use #ThisIsNigeria to voice disappointment over poll delay

Several Nigerians have taken to social media to express their disappointment with the electoral commission’s decision to postpone the national elections, which were scheduled to begin today.

The Independent National Electoral Commission (INEC) issued a statement in the early hours of Saturday morning, saying it had come the conclusion that proceeding with the elections as scheduled is no longer feasible.

INEC cited logistical constraints that could come in the way of conducting free, fair and credible elections.

Reactions on social media were laced with anger, frustration and disappointment with the country’s electoral commission.

INEC was blasted for at least three main reasons;

#ThisIsNigeria To be very honest I am very disappointed at the level non chalancy displayed by inec .It is very appalling that a country such as Nigeria can not do anything right for once.A lot of people have spent their time,money and energy in ensuring they procure their PVC,

I cannot hide my disappointment in INEC but one thing I know for a certain, Nigeria will be great again in my lifetime. #ThisIsNigeria

He thought he had it all under control. Until the Cabal dialed his number. #NigeriaDecides2019#RejectBuhari#RejectElectionPostponement#ThisIsNigeria pic.twitter.com/M1HxccSiKV

This is unbelievable?, postponing a whole presidential election on election day??. After all preparation, has Buhari travelled for emergency health care again #ThisIsNigeria pic.twitter.com/9HGSZ7xKdL

Welcome to NIGERIA – where elections are postponed few hours to voting.#ThisIsNigeria #INEC pic.twitter.com/DdThL3kAvZ 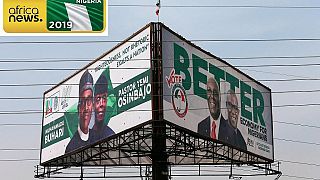 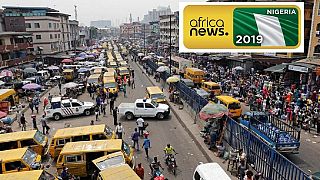