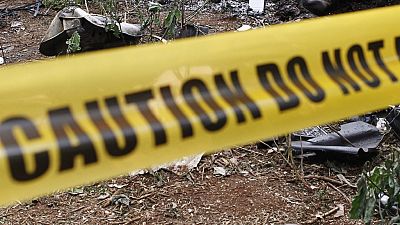 Kenyan police on Wednesday confirmed the death of all five passengers on board a light aircraft that crashed in Kericho County, located in the Western part of the country.

Edward Mwamburi, the police chief for the Rift Valley region said the Cessna plane was heading from the famed Maasai Mara to Lodwar, near Lake Turkana, which is also popular with tourists.

“There was a Kenyan pilot on board and four foreign nationals,” said James Mugera, commander with the Kericho police.

Pictures of the wreckage from a farm in the Masaita Forest View Village, were shared on social media.

PLANE CRASH IN LONDIANI, KERICHO
Safarilink wishes to sympathize with the victims and families of today's plane crash in Makutano Forest Londiani, Kericho County. We wish to clarify that the Aircraft does NOT belong to Safarilink as stated by Nation Media. pic.twitter.com/UmkaslEycj

Police say they have commenced investigations to establish the cause of the crash.