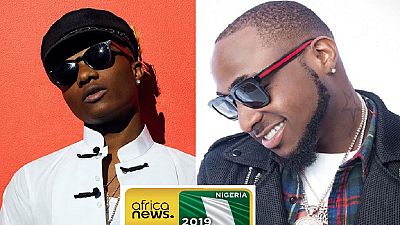 Several popular musicians and entertainers in Nigeria have shared their views about the forthcoming election, including endorsing their prefered candidates and urging their fans to honor their votes.

Politicians employ several strategies during election cycles as they seek to sell their manifestos and garner the most votes.

Some of these strategies include securing endorsements from popular entertainers who usually wield considerable influence among their fanbases.

All what we young people do is complain on Twitter or Facebook. It is time to get into the system to fix it.

Musicians on the other hand also approach political campaigns with different perspectives. While some may offer their skills, talent and influence at a price, others take the moral high ground and endorse candidates who they personally believe to be capable of delivering the people’s aspirations.

Other artists prefer to share general messages that urge people to go out and vote, occasionally asking their fans not to exchange their votes for cash and other incentives.

Ahead of Saturday’s presidential election, we take a look at some of the prominent Nigerian entertainers that have shared their political views in this season.

Afropop sensation Davido, whose real name is David Adedeji Adeleke made political headlines last year, when he actively campaigned for his uncle, Senator Nurudeen Ademola Adeleke in the latter’s bid to become governor of Osun State.

While Adeleke, who was contesting on the opposition People’s Democratic Party (PDP) ticket, lost the election, Davido has continued to be active in political campaigns, endorsing several candidates for this year’s general elections.

“I am not a party man … I supported my Blood Uncle under (PDP) I am supporting Banky W under House of rep Federal (MDP) Mr Jollof for House of rep (AAC), Dapo Abiodun Governorship candidate (APC) Shinna peller Oyo House of rep (APC) and Atiku Abubakar Presidential (PDP),” Davido explained on his Twitter account.

While the 26-year-old musician says he has received several threats for endorsing particular candidates, he has not relented as he joins other public figures asking Nigerians to ‘Defend Your Vote’.

Davido’s fellow star Wizkid on Tuesday took to popular social network, Snapchat to share his message for Nigerian politicians and the voters.

Wizkid whose real name is Ayodeji Ibrahim Balogun asked politicians to value Nigerians’ lives and in turn told his fans to value their vote.

“Politicians stop joking with people’s lives. You are responsible for the lives of millions of people and your decision affects all. Help make Nigeria a better place,” Wizkid said.

The 28-year-old musician has endorsed fellow musician Banky W, who is running for a parliamentary seat. Other than that, Africa’s Starboy is shying away from endorsing specific candidates.

‘‘Use your head! Vote wisely! I’m for whoever the people vote,’‘ Wizkid told his fans on Snapchat.

Banky W., full name Olubankole Wellington is the most prominent Nigerian entertainer who is walking the talk, by putting his showbiz career aside to contest for a political seat.

The 37-year-old singer, rapper and actor is contesting for a seat in the House of Representatives.

Banky W, who is contesting on a ticket of the recently created Modern Democratic Party (MDP), is taking on a candidate from the ruling All Progressives Congress party (APC), as they jostle for the nearly two million voters in Eti-Osa constituency.

Banky W who has 3.7 million followers on Instagram, 2.3 million on Twitter and whose videos have garnered at least 10 million views on YouTube, says its time for young people to go beyond complaining on social media.

“All what we young people do is complain on Twitter or Facebook. It is time to get into the system to fix it.”

Other prominent Nigerian entertainers including comedians Ali Baba and ‘I Go Dye’ have also shared their political views with their followers on social media.

After going through your nominations for the Francis Agoda Path Of Honour (FAPOH) Peace Prize #istandforpeace2019elections ,I hereby declare the two winners to complete our 5 winners mcabilitea who got 106 votes, the_kingcomedy with 94 votes, haselspencer 49 votes, omotalented 41 votes. inecnigeria this is how an election should be conducted people choice must be respected. To those of you that participated but wasn't selected, I appreciate your message in spreading peace and I also implore youths to always be advocate's of Peace. Congratulations Amb Francis Agoda 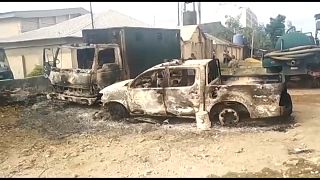