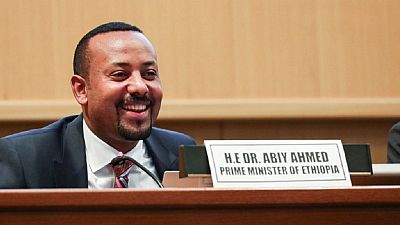 Ethiopia under Prime Minister Abiy Ahmed made the biggest democratic gains in the world in 2018, this is according to a recent report released by Freedom House – a U.S.-based organization.

The Freedom in the World 2019 report noted that Ethiopia, though still not free democratically made the largest one-year gain in improvements in conditions for political and civil liberties. The other big mover was Malaysia, the report added.

Freedom in the World 2019 assessed 209 countries and territories around the globe. It assessed 49 African countries in total.

What the report said about Africa’s best democratic performers

In Ethiopia, the monopolistic ruling party began to loosen its grip in response to three years of protests, installing a reform-minded prime minister who oversaw the lifting of a state of emergency, the release of political prisoners, and the creation of space for more public discussion of political issues.

While their new leaders, President Joao Lourenço and Prime Minister Ahmed Abiy, respectively, each emerged from the countries’ dominant political cliques, both have expressed a commitment to important reforms.

If the new administrations are able to dismantle the repressive legal and political frameworks they inherited, they may serve as important models for their neighbors and significantly improve the democratic trajectory of the continent as a whole, the report read in part.

The only other African country that made progress over 2018 was The Gambia which is into the third-year of post-Yahya Jammeh dispensation. The Adama Barrow-government is seeking to right the many democratic wrongs reported under the exiled leader.

At the opposite end of the ladder, Tanzania despite being classed ‘partly free’ democratically, retrogressed over the past year with -7 score along with Venezuela, the worst score above both being Nicaragua.

The report also slammed among others, Burundi, Togo, Benin, Cameroon and Senegal – all these countries recorded minuses in 2018. It mentioned Zimbabwe, Uganda as other sub-Saharan African nations where democracy was under threat.

“Senegal’s reputation as one of the most stable democracies in West Africa was threatened by new regula tory barriers that could limit the opposition’s participation in upcoming elections.

“The arbitrary detention and prosecution of a potential opposition presidential candidate cast doubt on the independence of the judiciary and the government’s commitment to the rule of law.

Freedom in the World 2019 evaluates the state of freedom in 195 countries and 14 territories during calendar year 2018. Each country and territory is assigned between 0 and 4 points on a series of 25 indicators, for an aggregate score of up to 100.

Freedom in the World methodology The methodology, which is derived from the Universal Declaration of Human Rights, is applied to all countries and territories, irrespective of geographic location, ethnic or religious composition, or level of economic development.

Freedom in the World assesses the real-world rights and freedoms enjoyed by individuals, rather than governments or government performance per se. Political rights and civil liberties can be affected by both state and non-state actors, including insurgents and other armed groups.