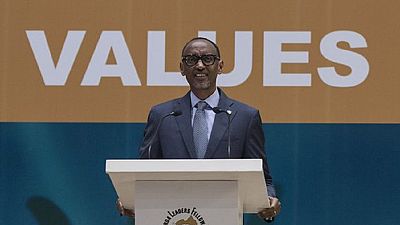 President Paul Kagame of Rwanda has been elected the new president of the regional East African Community. He takes over from his Ugandan counterpart Yoweri Kaguta Museveni.

Kagame steps down later this month as President of the African Union, AU, he will be handing over to Egypt’s Abdel Fatteh Al-Sisi as he buckles up for his role as EAC president.

Leaders of the bloc met on Friday, February 1 in Tanzania for the 20th Ordinary Summit of Heads of State. The event took place at the Arusha International Conference Center.

The summit came at a time when tensions between Burundi and Rwanda were very high. Their rift led to a postponement of the last planned meeting in 2018.

Bujumbura insists that Kigali is scheming to overthrow the government, a claim that has been repeatedly rejected.

The main agenda of the summit was to review plans for the establishment of a common currency and a political federation. The bloc meanwhile elected a new Chief Justice for its judicial wing in the person of Lady Justice Sauda Mjasiri. Her mandate starts on February 13.