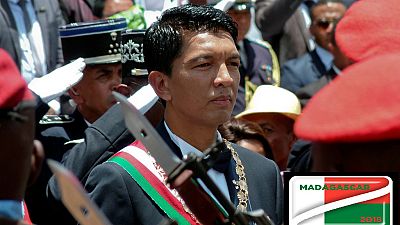 Andry Rajoelina was sworn in as president of Madagascar on Friday 18th January 2019, ending a power struggle that dominated discourse on the Indian Ocean island nation for the greater part of last year.

In the build up to the election, a law that would have prohibited the main opposition candidate, Marc Ravalomanana from contesting for the presidency sparked protests that lasted months.

Eventually, president Hery Rajaonarimampianina approved a revised that law that would allow Ravalomanana to run, in addition to complying with the court ruling to dissolve his government and appoint a new prime minister with the support of all political parties.

This is historic, it is an illustration of a democratic transfer of power, respect for republican values.

In June, the new premier Christian Ntsay announced that the first round of presidential election would be held on November 7, while the second round if necessary would be slated for December 19.

All three have pledged to accelerate the recovery of the economy, forecast by the IMF to grow at more than five percent this financial year, the highest rate in a decade.

The wealthy ex-presidents spent enormous amounts of money, handing out sacks of rice and t-shirts, and hiring helicopters for many thousands of dollars a day to sidestep the problem of rundown roads across the country.

READ MORE: Here’s everything you need to know about Madagascar presidential polls

When the votes were cast in the first round of the presidential poll on November 7, the outcome announced by the electoral commission (CENI) pointed to an election run-off.

Neither candidate secured 50 percent of votes cast, required to secure an outright victory.

Rajaonarimampianina got just 8.82 percent, the court said, and would therefore not take part in the second round, due on Dec. 19. The court rejected his request to have the election cancelled.

Ahead of the second round of voting, both candidates who had a long standing bitter rivalry appealed for a high voter turnout. About 45 percent of the 10 million registered voters abstained from the first round.

Ravalomanana had a bone to pick with Rajoelina, who succeeded him with the backing of the army in a 2009 uprising that generated deep political divisions and damaged investment.

Two days after votes were cast in the second round, CENI declared Rajoelina as the winner of the presidential election, after tallying the full provisional results.

Rajoelina won 55.66 percent of the vote compared to 44.34 percent for Ravalomanana and turnout was just over 48 percent, the commission said.

Ravalomanana puts up a fight

The 69-year-old ex-president had earlier claimed victory, and asked his supporters to defend their vote, as early results trickled in showing his rival in the lead.

44-year-old Rajoelina would now serve his ‘second term’ as president, having held the country’s top job from 2009 until 2014.

Ravalomanana eventually conceded defeat in the interest of ‘economic development’.

“I congratulate and wish him every success in accomplishing the task he is given,” said Ravalomanana in a video clip released on social media.

Inauguration and what lies ahead

Rajoelina’s inauguration, which was attended by his electoral rivals and ex-presidents Didier Ratsiraka, Marc Ravalomanana and Hery Rajaonarimampianina, was hailed as a triumph for democracy.

“This is historic, it is an illustration of a democratic transfer of power, respect for republican values,” Rajaonarimampianina told the press outside the presidential palace.

Rajoelina has maintained the consensus prime minister Ntsay, as he embarks on fulfilling his campaign pledges of reviving the economy and fighting corruption. 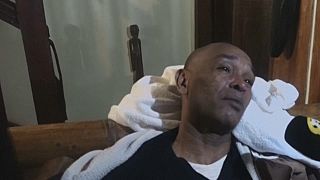