The Constitutional Court of the Democratic Republic of the Congo confirmed Felix Tshisekedi’s presidential election win on Sunday while dismissing a challenge from another opposition leader Martin Fayulu who had accused him and the ruling party of stitching up the result.

With this announcement, Tshisekedi becomes the fifth President of the Democratic Republic of Congo since independence on June 30, 1960.

Tshisekedi is to succeed the outgoing Head of State Joseph Kabila, who has been in power since the murder of his father Laurent-Désiré Kabila 18 years ago on January 16, 2001.

This is the first time that power has been passed peacefully from one man to another in this turbulent country’s history.

Tshisekedi’s swearing-in is scheduled for Tuesday, January 22, according to the latest calendar of the National Independent Electoral Commission (Céni).

Tshisekedi, 55, is the son of the historic opponent Etienne Tshisekedi, who died on February 1 2017 in Brussels. He succeeded his father as head of the Union for Democracy and Social Progress (UDPS).

Tshisekedi will have to work with a Prime Minister from the current pro-Kabila party, who obtained a vast majority in the National Assembly according to the Electoral Commission. 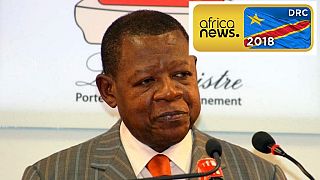