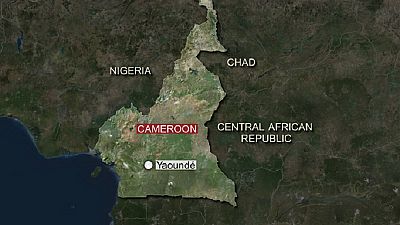 <p>The case of Cameroon separatist leaders before a military tribunal in Yaounde was suspended during the last hearing on January 10. The move was to allow a recomposition of the court according to local media reports.</p> <p>A new date has since been given by the new magistrate. Sisiku Ayuk Tabe and others are thus expected to be arraigned before the court on February 7, 2019.</p> <p>The new magistrate Colonel Mem Michel had fixed a January 23 date but the defence team asked for more time to prove that the accused persons were refugees.</p> <p>The episode of the State against Sisiku Ayuk and Co. started over a year ago when Yaounde issued an international arrest warrant against the man held as leader of the armed wing of the Anglophone secessionist movement.</p> <p>Ayuk Tabe and others were arrested in Nigeria in early 2018 and were subsequently deported to Cameroon despite urgent concerns by the United Nations refugee outfit.</p> <p>They are currently facing principally terrorism, secession and civil war charges which their lawyers confirm could potentially carry the death sentence. </p> <p>A significant incident in the January 10 hearing was that a reverred Anglophone lawyer, Akere Muna, joined the defense team. He was a candidate in the October 2018 presidential polls but entered a late alliance with fellow lawyer Maurice Kamto who came second in the polls.</p> <p>The Anglophone crisis has rocked Cameroon’s Northwest and Southwest regions leading to armed clashes between state security and secessionists. Deaths, injuries, social disruption and mass displacements have resulted from the incidents.</p> <blockquote class="twitter-tweet" data-lang="en"><p lang="en" dir="ltr">Sisiku Ayuk Tabe in the middle.<br /> This is how he dressed to court today. <a href="https://t.co/0NaPJzxT7w">pic.twitter.com/0NaPJzxT7w</a></p>— Mimi237 (@Mimimefo237) <a href="https://twitter.com/Mimimefo237/status/1083476571606999041?ref_src=twsrc%5Etfw">January 10, 2019</a></blockquote> <script async src="https://platform.twitter.com/widgets.js" charset="utf-8"></script>