Beauty palours seems no longer the reserve of females in the craze for clean looks, sparkling manicures,pedicures and good massages.

But there is an awakening in recent times.

Some men are not relenting in their efforts to glamour and pampering.

It's changed now so drastically whereas men are more metrosexual. So two or five years ago a man would not go and get a manicure done, he wouldn't go get a facial done because that wasn't considered as being manly.

Men-only parlours are shooting up,selling these products and meeting the demand for everything from manicures to eyebrow threading.

According to Sorbet Grooming Center client, Gerhard Joubert, it is a trend most men are begining to take delight in.

“It’s not…you know in the old days we used to go to the female hair salons if we wanted to cut our hair like this or to look after our feet or nails. All those were aimed for females, now it is now for males and it’s great!” he said.

Some years back, well-groomed male celebrities began to change traditional attitudes towards masculinity, encouraging men to take greater care of their appearance and embrace the use of beauty products.

South Africa is seem not ready to be left behind in era of “metrosexual” wave, but a growing middle class is catching up. 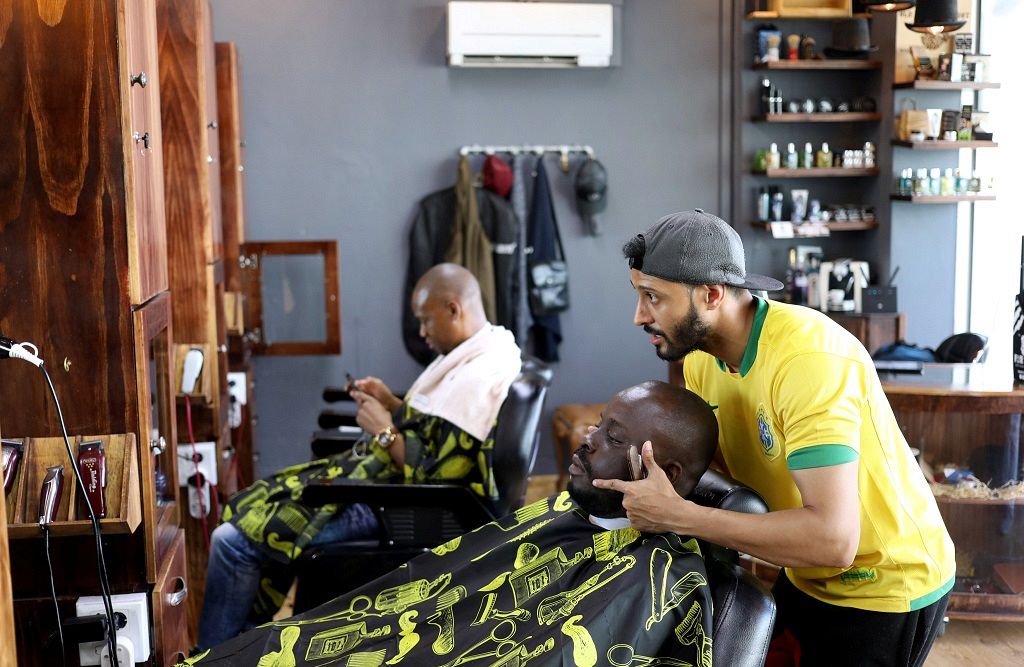 “With social media showing so many pretty pictures essentially and women starting to define the kind of men that they like and you look at the rise of those kinds of well-groomed men like David Beckham for example. As women start to show that you know, there’s that interest in that kind of man, who looks after himself, who has this great presence and appearance – other men are getting influenced to think, ‘okay well then it’s not so bad, then maybe I should look after myself a whole lot better’‘ said TV personality, Masego “Maps” Maponyane.

Co-owner of Bespoken man salon, Dexter Pillay believes there is a real change to mens approach to beauty

“It’s changed now so drastically whereas men are more metrosexual. So two or five years ago a man would not go and get a manicure done, he wouldn’t go get a facial done because that wasn’t considered as being manly’‘.

The global male grooming product market is expected to reach 76 billion US dollars by 2023 from 58 billion in 2017, according to industry research.

With this growing interest of men,women better step up their game.