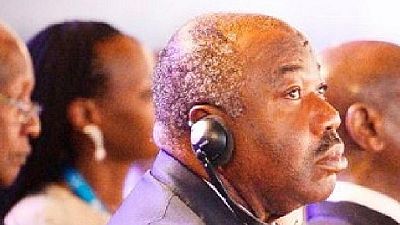 “By decree of the President of the Republic, Mr. Julien Nkoghe Bekale is appointed Head of Government ,” announced the Secretary General of the Gabonese Presidency, Jean-Yves Teale, in a video broadcast on state media on Friday night.

The two appointments came a few minutes after the establishment of the new parliament in Gabon.

At the age of 60, Nkoghe Bekale has held several ministerial dockets under Ali Bongo’s government, but also under his father, Omar Bongo, who died in 2009.

In its 2018 report, the Gabonese Court of Auditors noted “irregularities” in the management of public funds at the time when Nkoghe Bekale was head of the Ministry of Oil and Gas from 2009-2011.

In particular, the auditors pointed out “the irregular appropriation of political funds” derived from oil revenues and masked as “state security funds”.

A new government is expected soon with a smaller number of ministers.

The government says it wants to control the wage bill of its civil servants as it battles a cash crisis stemming from low oil revenues.

The ministers will have to take an oath before President Ali Bongo, currently recuperating in Morocco following a stroke last October.

Bongo’s state of health has been the subject of speculation in Gabon. Reports say this has triggered a power play among the president’s relatives who hold senior position in government, public service, military and intelligence agencies.

Nkoghe Bekale’s appointment comes just days after loyalist forces beat off a coup attempt by junior officers of Gabon’s Republican army. He’s widely seen as an attempt to shore up the Bongo family rule over oil-rich Gabon, now thought to be at its weakest in over 50 years.