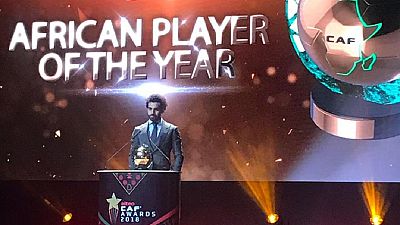 The continent’s football governing body, the Confederation of African Football, CAF, will be awarding the best personalities, clubs and national teams for the year 2018.

The event is being held at the Abdou Diouf International Conference Center. Ahead of the event, CAF Executive Committee has awarded the hosting rights for 2019 AFCON to Egypt.

Relive the 2017 CAF Awards in Accra