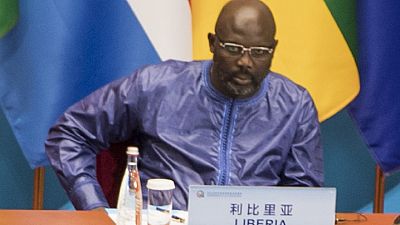 The Liberian presidency has slammed a private newspaper outlet over a report which cited unsubstantiated corruption on the part of president George Manneh Weah.

The story carried on December 31, 2018 alleged that due to external pressure, the president was preparing to gift some purportedly ill-gotten properties to the state.

“Although FrontPage Africa reported that it had not verified the story, it however reported that the President was “contemplating on presenting the structures as a gift to government as some development partners have launched an investigation into Pres. Weah’s acquisition of the property,”” the statement said in part.

It decried why the newspaper chose to use hearsay and speculation on a sensitive topic adding: “This is not journalism, but a mischief intended to incite the public against the President by spreading falsehood.”

The paper is known to be critical of the president and his administration. Months into office, its journalists were arrested over a private civil case but it insisted that government was behind a raid and temporary closure.

President Weah in April 2018 promised to deepen media freedom during a meeting with practitioners.

The Weah administration, at the time a little over three months, had been receiving a fair share of media headaches with widespread allegations that he intended to gag the press.

“I always use you as an example. When I supported human rights in this country, you were against me. But I always remembered you because at that time, what I was doing was to keep the country from being torn apart.

“And I’m glad you’re here today. Now, together we must create this environment, this awareness, so that Liberians can forgive themselves, and we can move forward,” Weah said.