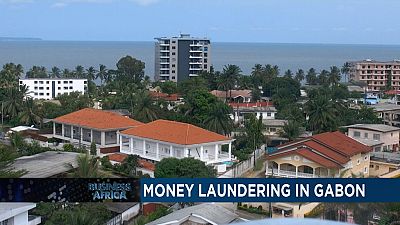 Less progress has been made by the authorities in Gabon to reverse the trend of money laundering.

This scourge in Gabon is growing increasingly.

An NGO is turning the page on the silence of the authorities expected to conduct investigations and to bring the matter before the competent courts.

The Action Group against Money Laundering in Central Africa denounced the extent of corruption and money laundering activities in the real estate sector in Gabon.

Agreement between MTN and Nigeria

The Nigerian government and Nigerian subsidiary of the South African telecoms group MTN have finally reached an agreement after a court battle lasting nearly three years.

The dispute between the two parties was over an illegal $8.13 billion repatriated by MTN.

According to the Central Bank of Nigeria, the South African group has provided additional information and documents clarifying its remittances.