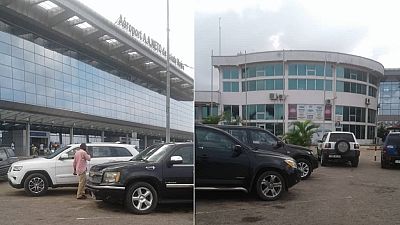 To hear any one familiar with the departure and arrival halls of the Antonio-Agostinho-Neto International Airport, Pointe Noire, Republic of Congo, recount annoying experiences encountered is often not surprising.

Burdened with numerous flight delays and cancellations, transit unease in some cases, the extortion by some officials at the airport compounds what is already a nightmarish situation.

Many foreigners travel in and out of the country on a daily basis and more than half of that number go through Pointe Noire being a commercial city in the Central African country.

In Brazzaville, I was asked for a fee that I did not pay, in Pointe Noire, I refused to pay because I did not recognize it. what I recognize is the money that goes into the treasury.

For first timers unequipped with the French language, the official language in the country, falling easy prey seems almost inevitable as some officials sometimes capitalize on this to extort money from them.

For some years now, travelers through the airport have constantly complained about the level of extortion at the airport. From the officials at the point of entry terminals to the designated arrival passengers check-points, tales of corporate begging and outright extortion have been shared.

Malonga Eric Gildas, a young Congolese business man says though the problem is often recorded on international flights, he has experienced it also with domestic flights from Brazzaville to Pointe Noire.

“In Brazzaville, I was asked for a fee that I did not pay, in Pointe Noire, I refused to pay because I did not recognize it. What I recognize is the money that goes into the treasury.

“So there is no question of rolling up your pockets for anyone. They have to give you a ticket, and it has to be complete because giving money from hand to hand can’t work, that’s why the people are very reluctant to come to us”. 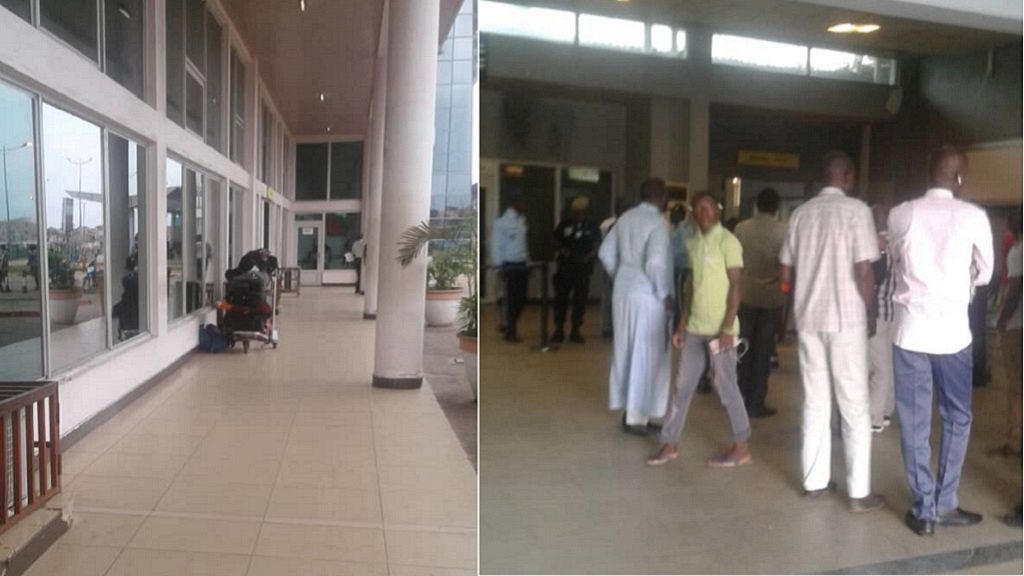 His case is one that reminds another young man near him, a foreigner who chooses to remain anonymous of an experience. According to the Nigerian, he landed the very first time in Pointe Noire at about 3 am and as soon as he approached the arrival hall, two officials demanded his international health booklet – known as the yellow card, which he ‘‘delightedly presented to them’‘.

“They flipped through the pages and intoned fake” and he replied with an emphatic no, “I obtained it myself, it is not fake,” he insisted.

“They still insisted it was fake and demanded that I pay them, which I bluntly refused.”

The man in front of me noticed my dilemma and my stressful effort to communicate in French; he approached me and advised that I give them money so they can let me go. I grudgingly obliged and then presented a dollar note to them and demanded a receipt.”

One of the officials he adds accepted the note and went around with a rant, rifling for a receipt to present. Alas, there was none. The officer later return the young man’s money when his guardian arrived to receive him.

Findings revealed that the extortions are not restricted to passengers who are non-speakers of the French language.

Hanane Ferdjani a journalist from Niger speaks French. According to her, she had been accosted by airport staff and asked for money on countless occasions since she moved into Pointe Noire.

“I strongly believe anyone who’s ever traveled to and from Pointe Noire has been subjected to some form of extortion. For me, it mainly happens and when I report to the customs at the counter where agents inquire about the amount of cash travelers carry with them.

“It’s come to the point where I don’t carry any money in my wallet for fear of having to give them every single bill I have left. I now systematically tell the agent I don’t have cash and stick to using my cards during my travels.

“But before I adopted this attitude, I would always feel pressured to give the bills I carried in my wallet to the agents that would search everywhere for money,” she recounted.

Whiles many say they have experienced extortion from some officials at the checkpoint, going by several complaints, others’ experience are with officers outside of the terminals.

Emilia Nkengmeyi from Cameroon a victim of extortion from the airport officers reiterated that after going through all security checks upon arrival in Pointe Noire, she was asked to show proof of lodging. She then presented a hotel reservation which had been done by her company, but it was rejected.

“I was told by one of the officers that they needed a document signed by the council which proves that someone will be providing lodging for me during my stay.”

She said despite all attempts to explain to them that she will be lodged in a hotel with a reservation paper, the officers delayed her at the airport and requested that she ‘settles’ them before they would let her go.

Nkengmeyi describes her frustration and response this way. “Tired from the tedious and long journey, I had no other option than to hand to them the sum of 10.000 FCFA before I was allowed to go.” 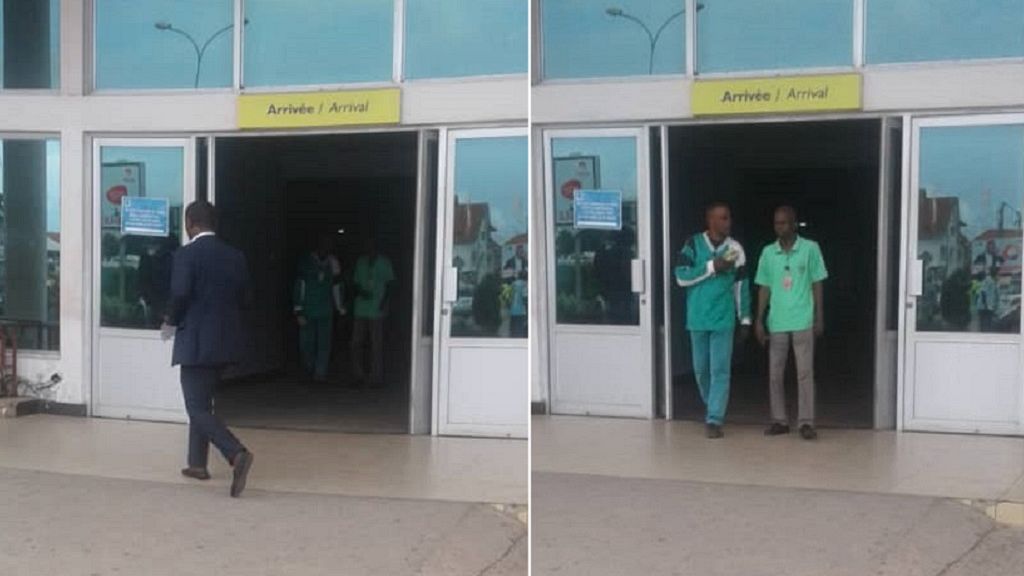 For another passenger caught outside by officers after returning from a simple vacation trip, it was an unpleasant ordeal. “It was just a trip like that, I brought back some things that were not intended for trade, as soon as I went down, it was necessary to check and it was not even the customs, but the arrival control services asking for money without receipts.”

Nyasha Mutizwa from Zimbabwe while narrating her experience said she and her colleague from Uganda were made to wait at the airport for some time when they first arrived in Pointe Noire, Congo.

“When they realized we were foreigners, they made us step aside and wait for quite some time. The officials took our yellow fever cards and passports. They did not say it out loud, but it was clear that they wanted money so they would release our documents.

“We did not pay but they kept the items. Our company’s driver that was sent, managed to get us out but we left the airport with no documents. The company managed to retrieve them after a few days but up to now, I still do not have the yellow fever card because they lost it”.

Responding to some of the allegations, director of trade and consumers affair, Congo, Bedi Fugain Bialoungou said sometimes, passengers disembark with large luggage that indicate possession of commercial goods. Adding that when they open these bags, and the contents confirm their commercial nature, trade officers seize the goods and then issue a report against the person.

Bialoungou explained they would impose a fine for the offence committed and the fine must be accompanied by a receipt from the treasury.

According to him, trade officers are identified on the basis of their uniforms, badges, and buttons they wear when they are on the field.

Reacting to the issue of checks at the post, a representative of trade and consumers affair, Congo Jean Claude Mabiala explained that it is normal for passengers to be checked at the borders.

Adding that though at some point there are excesses with and abuses of the procedure, however, safety is essential as credibility and honour of the country at stake. But he harped on the need for officials to be exemplary in carrying out their duties.

Consumer rights has acknowledged the existence of these practices and has sounded an alarm criticizing all forms of illegal activities at the airport.

However, the shady and infamous activities still linger at the airport, thereby dragging the name of the country in the mud and discouraging potential visitors from coming into the country.

“Then when you are leaving the country they insist on checking your wallet and if they see any money in it, they demand that you give them… I had to tell them I will use it for my taxi so that I don’t give it to them but I ended up giving them coins so that they leave me in peace,” Shani Wangalwa Elayne, a Kenyan, shares of her first arrival experience at the arrival checking point in Pointe Noire.

But similarly, contributing to the hassles faced by travelers on the continent are chiefly the activities of shady immigration, customs, and some other aviation agency officials who resort to extorting money from travelers.

In view of all these trends, aviation experts reiterate that it is crucial for Africans to move freely within the continent with less infringement. But in order for this to truly happen, low level corruption in all its forms perpetrated by officials at airports such as the one in Pointe Noire is among the unpleasant experiences to be nipped in the bud and fully checked.