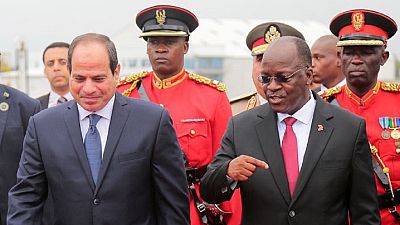 El Sewedy Electric Co and Arab Contractors will be involved in building a $3 billion hydroelectric plant in Tanzania that is to more than double the country’s power generation capacity, the Tanzanian energy minister said.

The project is located in a World Heritage site and has faced opposition from conservationists, who say the construction of a dam on a river that runs through the Selous Game Reserve could affect wildlife and their habitats.

The minister, Medard Kalemani, said in comments broadcast on state television on Wednesday that the plant would have an installed capacity of 2,115 megawatts.

The project will be implemented by Egyptian firm Arab Contractor, with a joint venture with El Sewedy Electric. This is a very huge dam project.

“The project will be implemented by Egyptian firm Arab Contractor, with a joint venture with El Sewedy Electric,” Kalemani said, adding: “This is a very huge dam project.”

Magufuli said on Tuesday the East African country was moving ahead with the project due to improved revenue collection by the government, without giving details.

Arab Contractors will have a 55 percent stake in the project and El Sewedy 45 percent, El Sewedy’s head of marketing, Ahmed Hassouna, said on Tuesday.

Covering 50,000 square km, the Selous Game Reserve is one of the largest protected areas in Africa, according to UNESCO. It is known for its elephants, black rhinos and giraffes, among many other species.

The World Wildlife Fund conservation group said in a report in July last year the proposed hydropower dam “puts protected areas of global importance, as well as the livelihoods of over 200,000 people who depend upon the environment, at risk”.

“The impact on Tanzania’s largest river would affect many ecosystem services it provides. It would affect tourism in Selous downstream in some of the most abundant wildlife areas in the game reserve,” it said.