Zambia’s Constitutional Court on Friday ruled that President Edgar Lungu can stand for the third time as president in 2021.

Four political parties had petitioned the Constitutional Court, seeking a declaration that Lungu is eligible to contest in the 2021 presidential elections.

Constitutional Court President Hildah Chibomba said the ruling by the seven judges of the court had been unanimous.

Our answer is that the (Lungu’s first) presidential tenure of office...cannot be considered as a full term.

“Our answer is that the (Lungu’s first) presidential tenure of office…cannot be considered as a full term,” Chibomba said.

Lungu who was first elected in January 2015 after the death of President Michael Sata, served for one year and 6 months during his first term as president.

He was then re-elected for a second term which began on September 13, 2016 following his victory in the August polls.

The opposition had argued that Lungu’s third term would violate the Zambian constitution which states that “a person who has twice been elected as President shall not be eligible for re-election to that office”.

Lungu argued that the constitution says a president is only deemed to have served a term if he is in office for at least three years of the full five-year term.

The ruling will strengthen Lungu’s hand at a time when Zambia, Africa’s second largest copper producer, is grappling with mounting debt and an economic slump caused by depressed commodity prices. 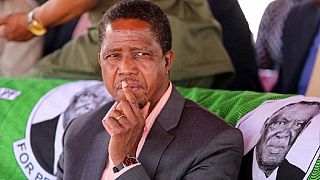 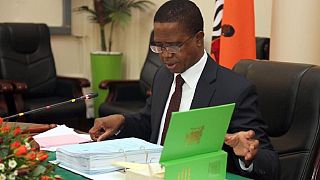 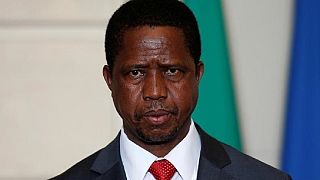