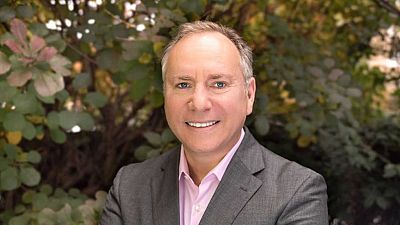 APO Group, the leading media relations consultancy and press release distribution service in Africa and the Middle East, has announced the appointment of Lionel Reina as Chief Executive Officer (CEO).

In a press statement by Caroline Guilhaume, APO Head of Media Relations, Lionel Reina’s appointment is a signal of the company’s ambitions as it moves into the next phase of its development.

The Founder and owner of APO Group, Nicolas Pompigne-Mognard, 43, will become Chairman. Pompigne-Mognard will focus on delivering high-level counsel for APO Group clients and developing his own investment fund dedicated to Africa.

The new Chief Executive Officer has over 25 years of senior management experience and has a strong history of providing effective leadership and delivering significant growth.

From 2003 to 2012, he was Vice President and General Manager for Eastern Europe, the Middle East and Africa at Orange Business Services, the B2B division of French telecoms company Orange,a remit that covered more than 80 countries.

He was made General Delegate and Chairman of the Board of Orange Business Saudi Arabia in 2012.

In 2013, Lionel Reina was appointed Middle East Director in the Gulf region for Accenture.

More recently, he was Managing Director Benelux for Damovo which was acquired by Eli Global in July 2018.

In 2011, Lionel Reina was named as one of the Top 10 networking senior executives on the coveted ‘Power List’ compiled by Network Middle East Magazine.

The appointment was acknowledged with a photo of Lionel Reina displayed on the NASDAQ Tower in New York’s Time Square.

The NASDAQ Tower is considered the most visible LED video display in Times Square and is one of the most valuable advertising spaces in the world.

APO Group has been in a strategic partnership with NASDAQ OMX’s GlobeNewswire since 2014.

As CEO of APO Group, the 50-year-old assumes operational responsibility for all aspects of the business and will look to grow its portfolio of clients and continue its international expansion and digital transformation, building on the company’s extraordinary successes over the last 11 years.

APO Group assist private and public organizations in sharpening their reputation and increasing their brand equity in target countries.

As partner, they leverage the power of media and build bespoke strategies that enable organizations to produce a real and measurable impact in Africa and the Middle East and outside the regional frontiers.