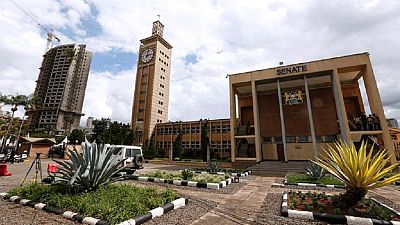 Low turnout scuppered a vote guaranteeing Kenyan women more seats in parliament on Wednesday, with campaigners saying it was “a dark day” for citizens in the east African nation.

The bill would have reserved one in three seats for women but not enough politicians showed up to vote on the controversial issue, with campaigners citing chauvinism.

“Once again, a majority of our members of parliament have failed to show up and stand up for women,” said Josephine Wambua-Mongare, who chairs the Federation of Women Lawyers in Kenya, which has petitioned the court over the issue.

This is not about women. This is not about cost. It is about the constitution that we passed.If we engage the public, they will engage their leaders, so that when we come back in February, the members will come out and support the bill.

“It is unfortunate to see our current leaders defer a priority concern for girls and women in Kenya. It is a dark day for all Kenyans.”

The speaker of Kenya’s National Assembly, Justin Muturi, agreed to a motion by the government to defer the vote since there were only 212 out of a total 349 members present.

For the bill to pass, 233 members must be present and all must vote in favour.

“I am conscious that should we proceed to take the vote and if it is discovered we are below the requisite 233 members as required, we will risk losing the bill,” Aden Duale, leader of the majority and sponsor of the bill told parliamentarians.

“However if we defer it today, we will save it.”

Duale said he hoped to schedule the vote to take place in the next parliamentary session in February, adding this would give supporters of the bill more time to lobby members.

But campaigners expressed disappointment, saying it was a deliberate attempt to block the draft legislation.

Women hold 23 percent of seats in Kenya’s lower and upper houses of parliament combined, says the Inter-Parliamentary Union – on a par with the global average, but lower than east African neighbours Rwanda, Ethiopia and Burundi.

Kenya’s 2010 constitution states that no more than two-thirds of an elected or appointed body can be of one gender, but does not set out a mechanism for attaining that goal.

Court rulings since 2012 have directed parliament to pass legislation to enforce the gender rule or risk dissolution – but previous attempts have failed, largely due to quorum hitches.

The bill – backed by President Uhuru Kenyatta and leader of the opposition Raila Odinga – provides for special seats to be created if parliamentary elections fail to achieve the required numbers, with candidates nominated to fill them.

But it has faced stiff resistance from some male MPs who claim the additional salaries will be a burden on Kenyan taxpayers, and seats will be given to politicians’ mistresses and girlfriends rather than candidates based on merit.

Critics have also whipped up opposition by using populist comments and sensationalist sexist slurs, to portray the draft legislation as a “womens’ bill”.

Women MPs said they were disappointed with the low show despite intense lobbying. Greater public awareness about the bill was needed as it would dispel widespread misconceptions.

“If we engage the public, they will engage their leaders, so that when we come back in February, the members will come out and support the bill.” 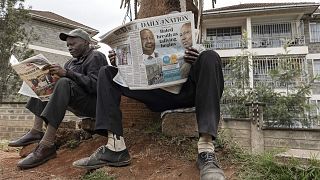