Chadian president Idris Deby Itno arrived in Israel on Sunday for an official state visit. It is the first time a Chadian leader has made the trip since ties between the two were severed in the early 1970s.

Reports indicate that top of the agenda was issues of security as Israel continues to help the country in the fight against northern rebels.

Deby’s meeting with Prime Minister Netanyahu has since led to the reestablishment of ties between the two countries.

“President Déby, welcome to Israel. Welcome to Jerusalem. This is the first official visit by the President of Chad to the State of Israel. It follows a very long hiatus in our relations,” Netanyahu said in remarks to the media.

“President Déby and I had the opportunity to discuss the relations between our two countries and the way we can cooperate for the benefit of our peoples and for peace and for security,” he added.

The French broadcaster, RFI, however, reports that Chad has said it was not as yet going to name an ambassador given unresolved issues over the Palestinian – Israeli conflict.

Chad broke ties with Israel in 1972 in the wake of its occupation of the Palestinian territories in the 1967 Middle East war. Several other African countries also adopted the same stance. Palestine is an observer at the African Union and enjoys the Union’s full support.

The Netanyahu government has in recent years been investing in outreach to Africa, where some countries previously warm to Israel have kept their distance. In what Netanyahu has described as Israel coming back to Africa, he has visited among others Ethiopia, Rwanda, Kenya and Uganda. Netanyahu also participated in an ECOWAS summit held in Liberia in 2017.

In July 2016, Deby hosted the then-director of Israel’s Foreign Ministry, Dore Gold, for exploratory talks on improving bilateral relations. Gold told Israel Radio on Sunday that his Chadian hosts told him that they had cut off ties 44 years prior under Libyan pressure, a factor removed with the toppling of Muammar Gaddafi in 2011.

PM: I'm delighted that my wife Sara and I can welcome you and your delegation to our home . We will continue our discussions and I think they are going to be very fruitful. The historic visit of President Déby to Israel marks a new era, for security, for cooperation and peace. pic.twitter.com/cekm9loXIP 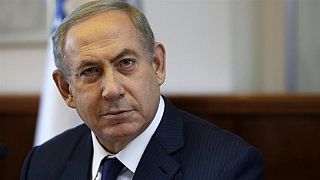 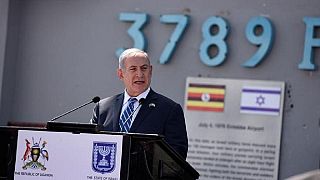 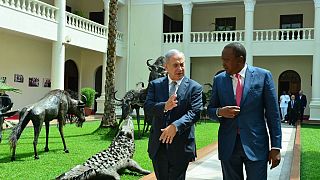