Ghana robbers drill hole in supermarket wall, bolt with over $20,000 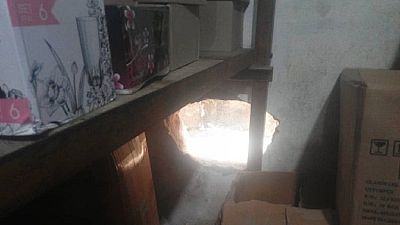 Robbers chiseled a wall behind the warehouse of Sonturk, one of Ghana’s biggest supermarkets, allowing them access into the premises before they ransacked the accounts offices and made away with an amount of money totaling 100,000 cedis (equivalent to over $20,000).

The robbery which happened over last weekend took place in Ghana’s Central Regional capital, Cape Coast. It happened on a Sunday hence workers arrived on Monday to find out what had taken place.

The two robbers who were captured by infra-red Close Circuit TV cameras destroyed the safe in which the money was kept.

We found coins on the shop floor … we realized there has been a burglary. 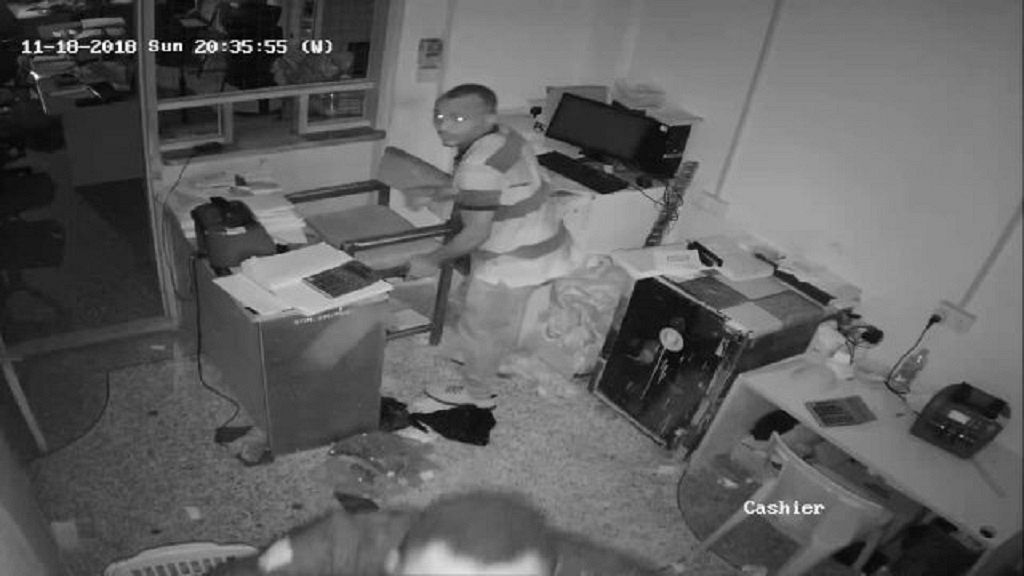 Perhaps with so much money to cart away, the robbers left behind the hammer and chisel they used for their operation.

“We found coins on the shop floor…we realized there has been a burglary,” Sonturk manager Theophilus Abakah Turkson told local media organization, Joy News. He said the police has so far invited two persons in connection with the incident.

Turkson stressed that they were disappointed with the rate of police action given that the company was a key employer of people in the area. He also said their preparations for the Christmas season had been adversely affected.